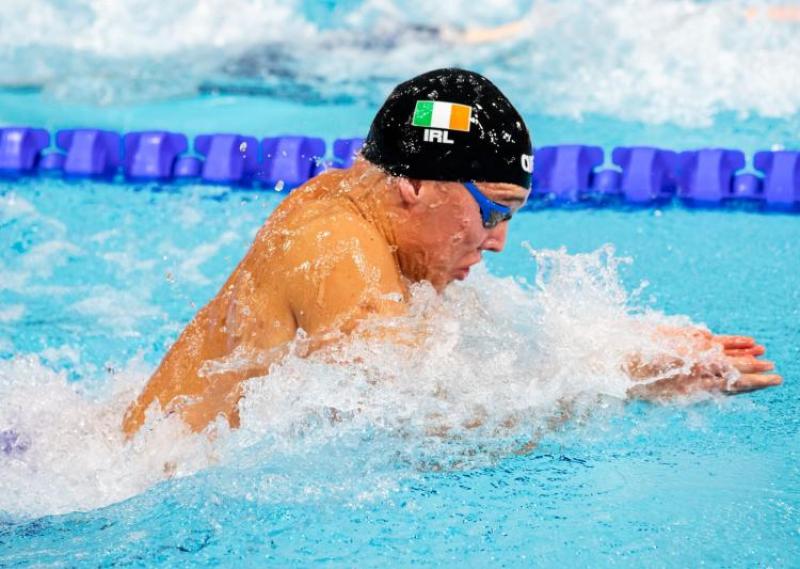 Longford’s Darragh Greene has been withdrawn from Wednesday’s 200m Breaststroke event at the LEN European Aquatics Championships in Budapest, Hungary.

Darragh was in semi-final action in the 100m Breaststroke at the European Swimming  Championships on Tuesday evening but missed out on a final place.

Swimming 1:00.26, his time wasn't enough to see him advance to the 100m Breaststroke final.

Greene is now preparing to feature in Ireland’s Men’s and Mixed 4x100m Medley Relays at the LEN European Aquatics Championships later in the week.