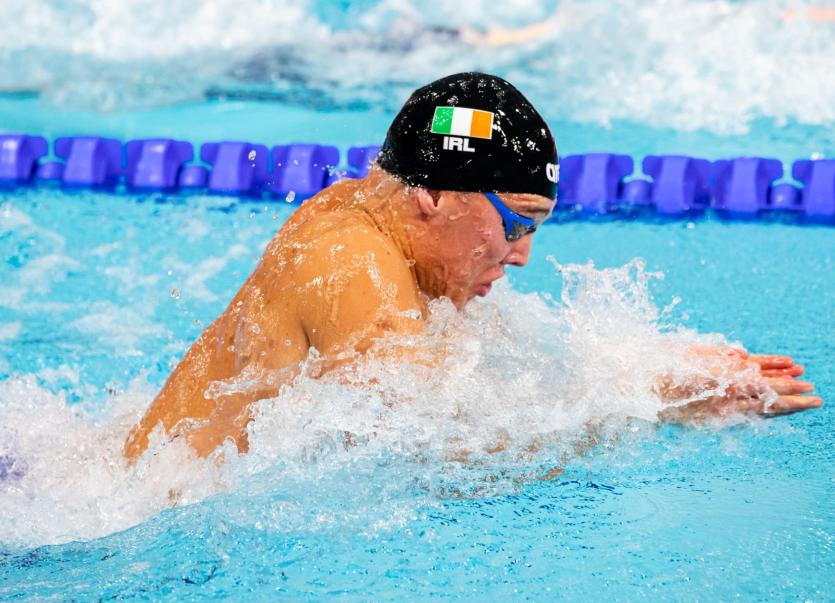 Team Ireland broke two National Records and made two Semi-Finals on Monday morning at the first heats session of the championships.

The goal of these championships for Ireland is to qualify one or more swimming relay teams for the Tokyo 2021 Olympic Games, so it came as a welcome boost when both 4x100m Freestyle Relay teams this morning set new Irish standards.

In the Men’s event, Jack McMillan, Jordan Sloan, Shane Ryan and Max McCusker came home in 3mins 16.88secs, bettering the time that was set by McMillan, Sloan, Ryan and Robbie Powell at the 2019 World Championships.

They also finished 12th, meaning that neither relay team has advanced to tonight’s Final, but both have advanced their chances of qualifying for the Tokyo 2021 Olympic Games.

In the individual events, Conor Ferguson (Larne Swimming Club) and Darragh Greene (National Centre Dublin) will feature in tonight’s finals, Ferguson having touched the wall in 25.21s to make the 50m Backstroke Semi-Final, and Greene hitting 1min 00.21secs to go into the 100m Breaststroke Semi-Final.

Ferguson’s personal best in this event is 24.99s, while Greene holds the Irish record of 59.76 in 100m Breaststroke, one of two events in which he has earned the Olympic Consideration Time. Tonight’s swim for him will be a great test for what is to come this summer.

You can watch all the swimming in Budapest live online via the links below.