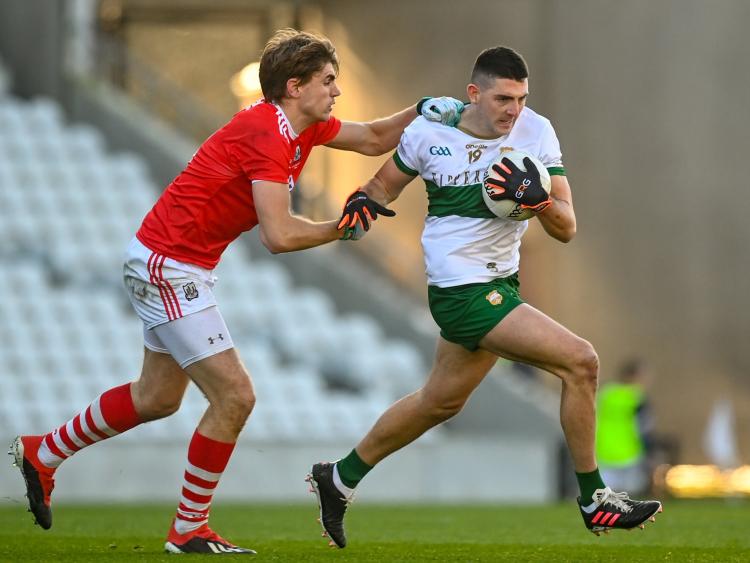 There are great celebrations around Killashee in county Longford this evening after Colin O'Riordan, son of Imelda (nee Casey), played a starring role in Tipperary's historic 0-17 to 0-14 victory over Cork in the Munster GAA Football Senior Championship Final at Páirc Uí Chaoimh this afternoon.

Colin, who is on the books of Australian Football League club Sydney Swans, was a late call up to the Tipp side, getting the nod from manager David Power to start in place of Emmet Moloney.

The fielding and power of the Irish professional Australian rules footballer was crucial as the Premier County won their first Munster senior title since 1935.

In an interview with his fellow Tipperary man, Damian Lawlor on RTE TV after the final whistle, Colin remarked, "It is an emotional day for me, it is the best feeling; one of the best days of my life, I'm over the moon.

"This is not about Colin O'Riordan, it is about all the Tipperary players. It is something I respect 'til the day I die that I got the opportunity to wear the Tipp jersey. Sydney Swans an incredible organisation and thanks to them for giving me permission to play."

Tipperary wore a special commemorative jersey to mark the 100th anniversary of Bloody Sunday during today's final. Tipp footballer Michael Hogan was among the 14 people killed on that tragic day one hundred years ago.

Colin, a Sydney Swans 2015 draftee, broke through for his AFL debut in Round 17, 2018 and featured in 12 senior games in 2019. His club profile reads: "O’Riordan can shut down tall and small forwards and loves to run and carry."

In 2015 he captained Tipp U21s to Munster football glory and was named EirGrid Under-21 Player of the Year even though the Premier County lost to Tyrone in the All-Ireland Final. He also helped Tipp win the NFL Division 4 Final in 2015.

When Tipp minors won the Tom Markham Cup for the first time since 1934 in 2011 when they defeated Dublin at GAA headquarters, Colin's older brother Alan was also involved with the triumphant squad.

Imelda’s sisters Maeve and Eileen also live nearby in Glasson and Rooskey respectively. She also has sisters living in Dublin (Deirdre) and Kilcloon, Co Meath (Irene).

Imelda, her husband Michael and their sons Colin, Alan, Kevin, Stephen and Sean, live in Templemore, Co Tipperary. On the day of the All Ireland Minor Final in 2011 Imelda and Michael celebrated their 24th wedding anniversary.

Speaking to the Longford Leader in 2011, and and looking forward to the future of football in County Tipperary, Imelda said she believed there were many more good times ahead and how right she was!

“The minor success augurs well for Tipperary football. It’s a very young team and they are very passionate about that they do,” she said.

“There’s a great sense of achievement in the county – it really is uplifting and everyone is excited about it. There’s a great atmosphere and sense of pride. It’s just unbelievable.”