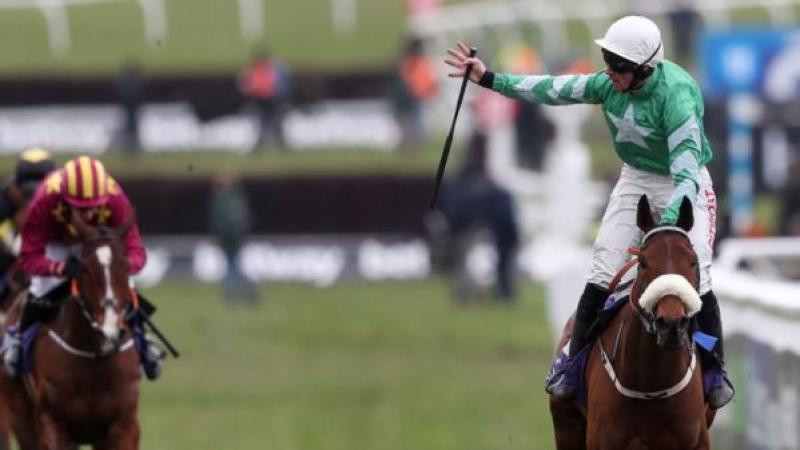 3/1 shot Presenting Percy, owned by Longford town native Philip Reynolds, jumped back into the 2021 Gold Cup picture in running out an impressive winner of the Listed Boomerang.ie Chase at Thurles this Thursday.

The two-mile-six feature saw three Grade One winners do battle and it was Reynolds' gelding who bounced back to winning ways on his second outing since joining Gordon Elliott.

Monalee took them along with a keen running Kemboy chasing him and the eventual winner travelling sweetly in third for most of the journey.

A mistake by Kemboy four out saw Presenting Percy move up a place but the main trio were almost in a line jumping the second last.

Jack Kennedy soon asked his mount to take the lead as Kemboy gave chase with Monalee running out of steam.

Presenting Percy was a couple of lengths in front down to the last, where Kemboy was untidy again, and the 2018 RSA winner stretched away on the run to the line to post a comfortable six-and-a-half length winning margin.

The winner was recording his first victory since landing the Galmoy Hurdle at Gowran Park in January 2019.

Kennedy said afterwards:- "He did it very well, he had race-fitness on his side but he put in an exhibition of jumping and quickened up well at the back of the second last.

"I had sat on him previously at home but he is very straightforward and is a dream to ride.

“He jumps and travels away and I was happy at all stages. I was delighted with the way he travelled and I was nearly half taking him back going across the top I was going that easy.

"That win might do him the world of good and hopefully he can keep going after that."

Paddy Power Bookmakers were impressed, cutting Presenting Percy from 33/1 into 16/1 for the Gold Cup. They make him a 20/1 shot (from 33/1) for the Grand National.