Fitness: What is learned from playing the blame game? 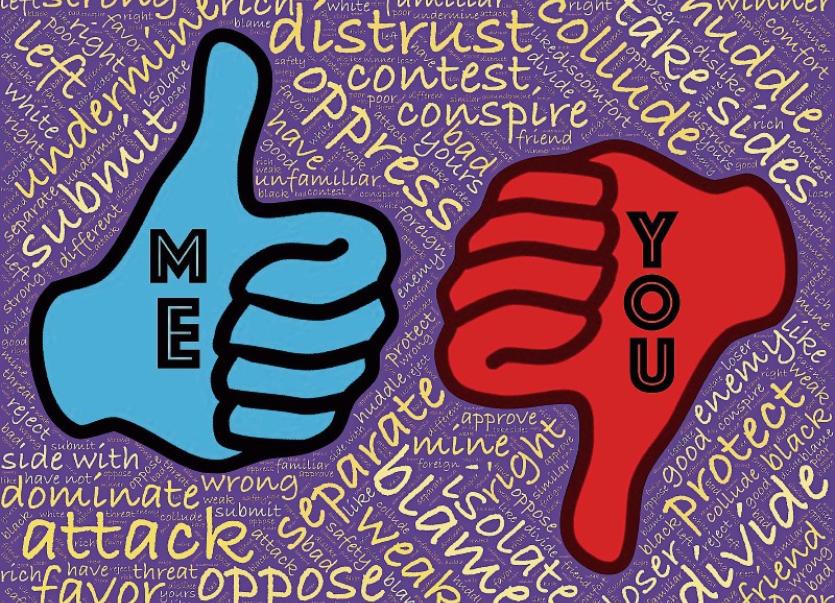 Fitness: What is learned from playing the blame game?

How many of us are ‘blamers’? For how many of us, when something goes wrong, is the first thing we want to know ‘whose fault is it’?

When something goes wrong, our instinctive reaction is to attribute blame. It’s a natural reflex. We all have a self-serving bias, we take credit when things go well and cast guilt elsewhere when they don’t.

Blaming has become a fine art, making others responsible for difficult things that happen to us. We tend to need and want to accuse someone or something because it gives us some semblance of control.

Runners, in the immediate aftermath of a poor performance, tend to blame everything and everyone, other themselves.

I have a list of excuses to use to assign blame for a poor performance during a run, from the weather conditions to a lack of sleep the night before, from choosing the wrong footwear to putting my socks on the wrong feet. I ate too much, I didn’t eat enough. I had no one to run with, the group was too big... my list is endless.

The problem with this scenario is, with the allocation of blame comes the loss of learning. Where there is blame, open minds close, analysis tends to end and the need to understand failures and problems diminishes.

When people operate in an atmosphere of blame, they naturally cover up their errors and hide their real concerns. When energy goes into finger pointing, accusing and denying responsibility, no one ever knows the true state of affairs. It’s impossible to make good decisions or change behaviour with poor information, and therefore impossible to progress and improve.

The current spread of coronavirus is a contentious and emotive issue and it may be starting to cultivate a culture of blame as we try to prevent or slow a potential second wave.

The nursing homes were considered the cesspits of the initial outbreak.

The recent outbreaks in the meat plants and in the direct provision centres that has led to the re-lockdown of Kildare has highlighted that we may not only be dealing with a highly infectious virus but a contagious culture of blame.

It makes us feel powerful and insulates us from examinaing our own role in the process.

Blame is simply the discharging of pain and discomfort and it has an inverse relationship with accountability.

Accountability is a vulnerable process. Admitting that that my running times have fallen off a cliff because I’ve put on a few pounds, have become too fond of the port and cheese and haven’t been training well is hard, but it’s the start of turning blame into a process of accountability.

Ultimately, running is a sport that relies pretty much solely on accountability to training schedules, running partners and to an honesty to oneself.

People who tend to blame seldom have the tenacity or grit to hold people or themselves liable.

If we are to be held accountable we need to ask ‘did I have a role in this situation? Did I take some actions that seemed right at the time, but that had unintended consequences?’

And anyway, at the end of the day, does it really matter whose fault it was?