Funmi Talabi, the talented Longford athlete who is sprinting to golden success 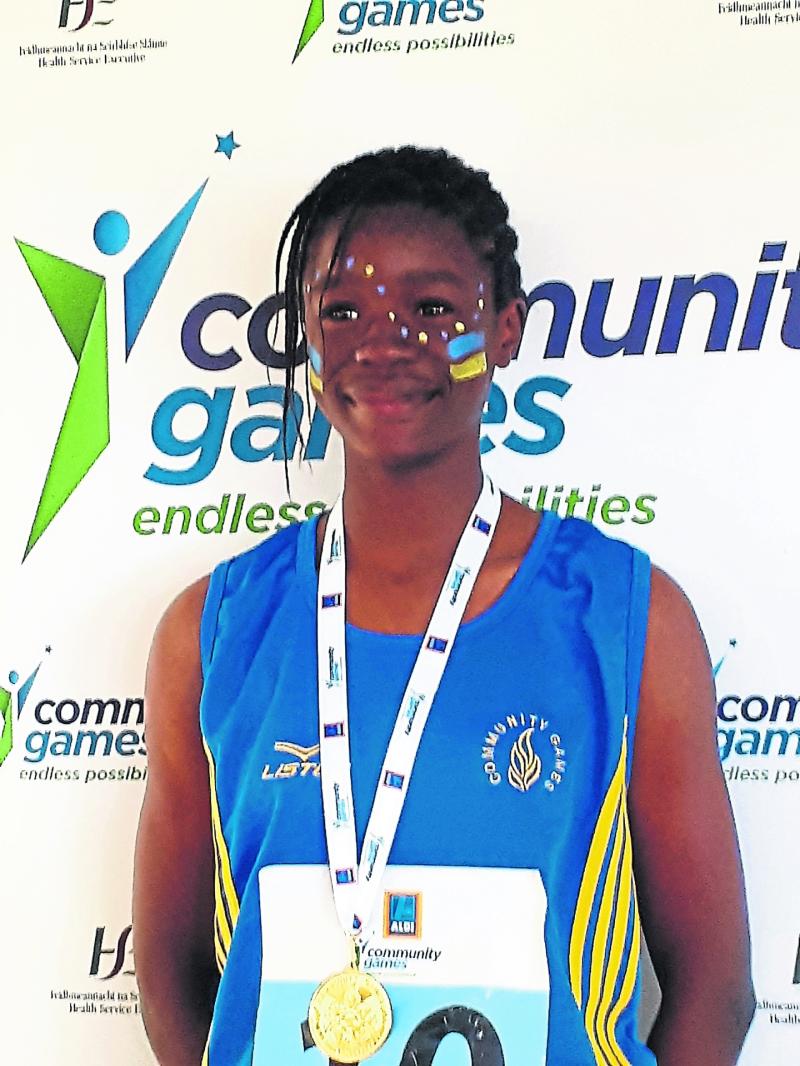 Ben Creegan of Ardscoil Phádraig, Granard caught up with athlete Funmi Talabi as part of the Aisling Children's Arts festival.

Fifteen year old, All-Ireland medal winning sprinter, Funmi Talabi, is a student at Ardscoil Phádraig, Granard and she has represented herself, family, school and county with distinction at various athletics events.

Asked about when she first started to take running seriously, Funmi explained, “I started running as soon as I could walk but I officially joined the running club when I was seven. As you can imagine I was nervous but also very excited.”

Funmi has won many medals while wearing the singlet of Ardscoil Phádraig, Longford Athletic Club and Longford Community Games.

When questioned about what is her preferred distance to run over?, Funmi responded, “I prefer running the one-hundred-metre sprint over anything because you have to push yourself so much in such a short amount of time.”

It was an interesting answer, reflecting just how determined an athlete Funmi is. But what goals has Funmi set for her future running career?

She answered, “I think every successful runner should have goals set for themselves.”

Funmi continued, “A few of my goals consist of winning another Community Games race and another All-Ireland Final.”

She also spoke about her training schedule and highlighted how she trained twice a week and it helps improve her fitness a lot. Funmi also participates in ladies football and in many athletic activities in her community and school.

What is a typical training session for her?

“Usually, I would start off with speed drills and work on and improve my technique and practice my start. Usually, I train for roughly an hour sometimes more it depends if I have an important race coming up.”

When asked about some of her recent triumphs, Funmi remarked, “I won Community Games a few months ago and after that I competed in an All-Ireland and came first.

Now that’s some achievement. Funmi has a profoundly positive attitude to life and she certainly has an exciting and bright future ahead of her.