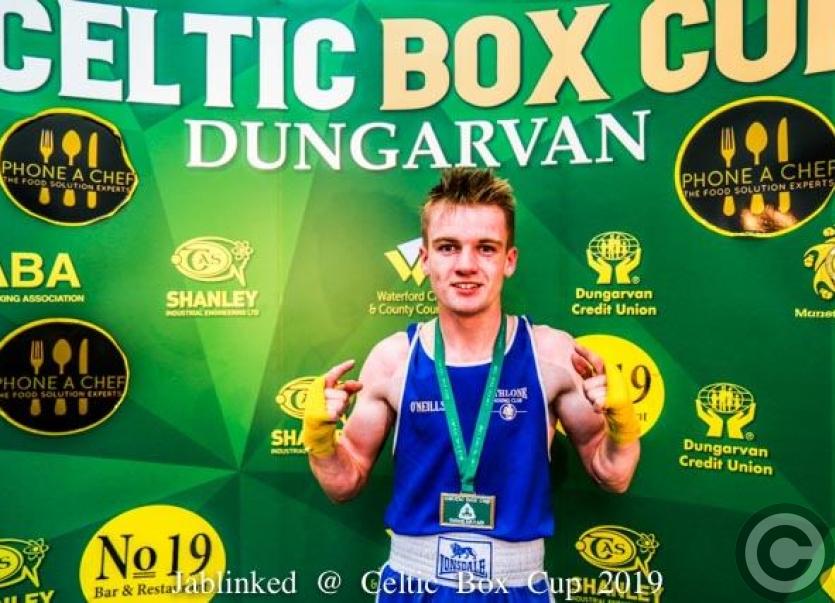 Longford have produced some very fine boxers down through the years and another star has emerged in the shape of Culainn Sheedy from Newtowncashel.

17-year-old Sheedy started the sport out of Lanesboro Boxing Club only two years ago and his subsequent rapid progress yielded a Gold medal when representing Ireland in the International Celtic Boxing Cup on September 25.

Culainn had only three fights coming into the Celtic Cup, one of which was a silver medal success in the Leinster Championships.