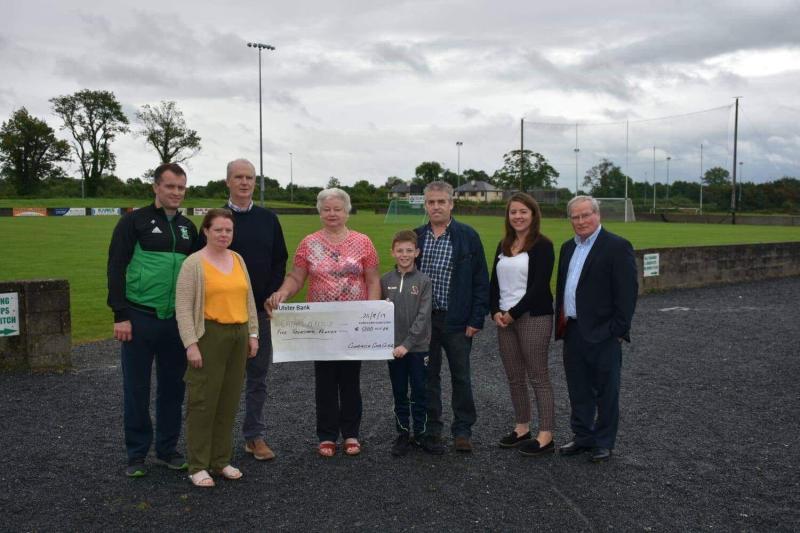 The Clonguish GAA club development draw took place on Saturday, August 24, at the Castle Inn, Newtownforbes, with all funds raised going towards the continued development of the club.

Prizes are part of the draw included a second prize of a Charolais heifer worth €1,500, a €1,000 holiday voucher for third place and €500 cash for the fourth placed winner. Fifth prize was two tickets to the All Ireland football final, while there were also five prizes of €100 cash for other winners on the night.

The top prize for this draw was a whopping €5,000 cash and the winner was revealed on the night as young Granard native, Cathal O’Reilly.

“Congratulations Cathal and wishing you the best of luck to enjoy your winnings,” said Donna Hagan, Club secretary, on behalf of the club.

“The club would sincerely like to thank everyone who supported our draw.”

The club will now used funds to upgrade the facilities at the club grounds.

“This money will go towards that, plus we are also trying to resurface the car park as well if we can. That’s just another plan we have.”

Donna added: “We are also looking at the possibility of a stand and dugouts on the second pitch.”