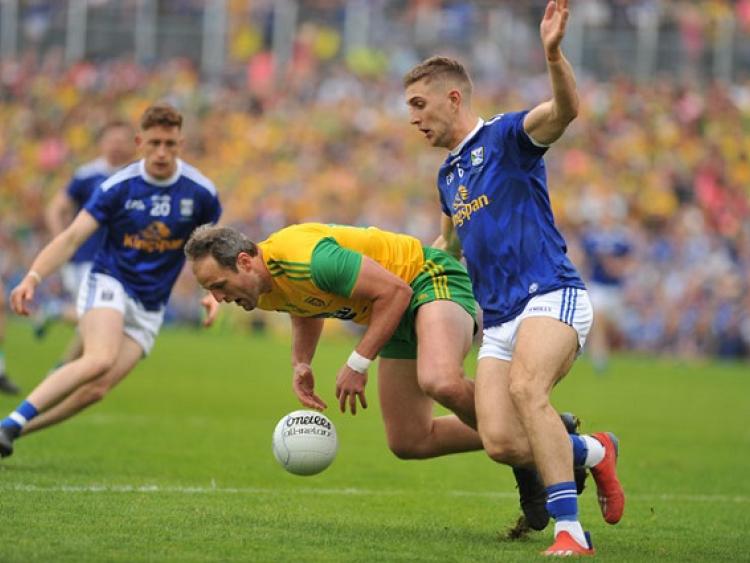 The final scoreline was flattering for Cavan as they got a late goal but to their credit they never gave up.

But Donegal were a step above them in class with Jamie Brennan just simply outstanding. His final personal tally of 1-4 was impressive but his workrate all over the field was equally impressive.

It is a fitting way for the county to finish the decade with five Ulster titles from eight finals, a truly magnificent achievement.

Donegal were on top from early with Michael Murphy winning free on two minutes for Patrick McBrearty to start the scoring.

Eoghan Bán Gallagher added a second before Conor Brady got Cavan on the board. But the Donegal response was great with points from Ryan McHugh, Hugh McFadden and Murphy to leave Donegal 0-5 to 0-1 ahead after 11 minutes.

Gearoid McKiernan and Ciaran Thompson traded scores as did Conor Moynagh and James Brennan. Brennan's point came after a swift move which saw Michael Murphy take a kick-out from Shaun Patton and find Brennan, who rounded his man to shoot for goal but Galligan made a good save. Brennan got the rebound and pointed.

Donegal had another goal chance on 23 minutes when Hugh McFadden put Paddy McGrath through and although he was fouled, his effort went just wide of the posts. From the free awarded Murphy pointed.

There was a big turning point a few minutes later when Cavan were in for a goal chance at the other end. A high ball from Gerry Smith was fielded by Conor Rehill, but he fired wide from close range.

Donegal came upfield from the kick-out and Jason McGee put six between them. Ciaran Thompson and Jamie Brennan stretched that lead before Oisin Pearson had a point for Cavan.

Niall O'Donnell became the ninth Donegal scorer after taking a short '45' from Murphy. Gearoid McKiernan pointed a free that was moved on before Brennan had the final point of the half for a dominant Donegal.

There was a lively start to the second half with the sides sharing eight points. Michael Murphy, Patrick McBrearty (2) and Michael Langan for Donegal while Gearoid McKiernan (3) and Dara McVeety firing over for Cavan.

Patrick McBrearty then hit his third of the half to stretch the Donegal lead to 0-18 to 0-9 after 51 minutes.

Cavan hit three in-a-row from McKiernan, Mackey and McVeety to reduce the margin to six with 56 minutes gone.

But any chance of a Cavan comeback was nailed two minutes later when Jamie Brennan took off and ended fly kicking the ball to the Cavan net.

There was time for Oisin Gallen to fist a point and Jamie Brennan to embellish his display with a fourth point, while Conor Madden replied at the other end.

Dáire Ó Baoill waltzed forward in added time to fist another while Jack Brady had a point and Stephen Murray got on the end of a high ball to fist a second Cavan goal. But it was not enough as Michael Murphy had the final point from a free after man of the match Jamie Brennan was fouled.