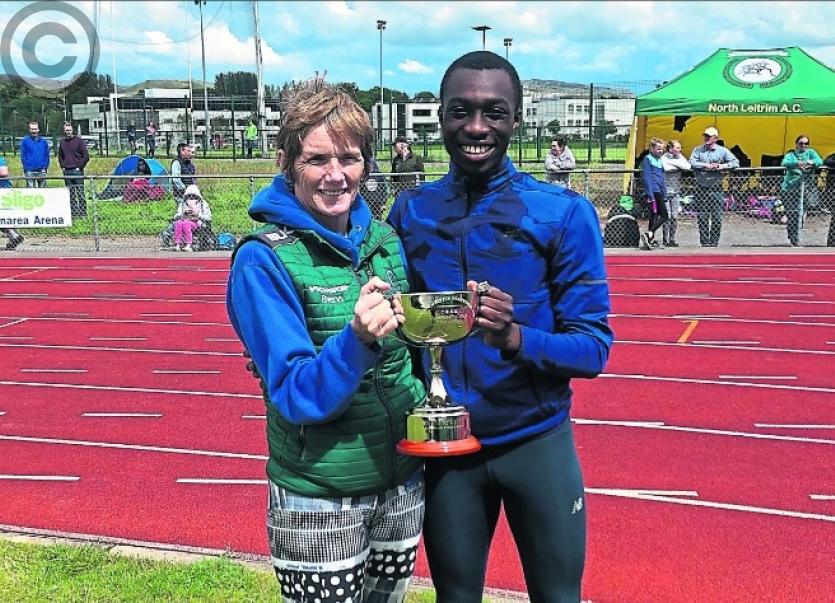 The Olympic Federation of Ireland (OFI) has named a squad of 65 athletes from nine sports to compete in the second edition of the European Games in Minsk, Belarus and among the participants will be outstanding Longford high jumper Nelvin Appiah with the competition running from June 21 to 30.

Nelvin is off to Belarus at the end of the week for his first international appearance as a Senior Athlete, a real milestone for Longford Athletics Club. He has been selected for Team Ireland in the Senior Men’s High Jump for the European Games in Minsk.

The European Games will feature 15 sports in all, eight of which are part of the road to Tokyo 2020 qualification process. Team Ireland will field teams in archery, athletics, badminton, boxing, canoe sprint, cycling, gymnastics, judo and shooting – the athletics events taking the form of a new competition format known as Dynamic New Athletics (DNA); the teams are mixed and competitions are held in nine disciplines – six track events and three field events. Athletes can win medals individually in the nine disciplines, but their individual results also count towards the overall team tally.

Moyne Community School student Nelvin Appiah has been selected Outstanding Senior Male Athlete for the year 2018\2019 by the Connacht Schools Athletics Association for his thrilling All-Ireland performance in High Jump clearing the bar at 2.10m.

Nelvin has 4 International caps as well competing at both Schools International Championships (SIAB) and the Celtic Games. The most memorable achievement was his performance at the International Schools Combined Events in December finishing 6th place overall in the U-16 competition.

Nelvin took the afternoon off from his Leaving Cert studies last Saturday to receive the Padraig Griffin Perpetual Cup as well as compete in the Western Region Provincial Outdoor Championships at Sligo IT. Moyne Vice-Principal and Longford Athletics Club Chairman Paddy McPhillips was there for the presentation from Connacht Schools Secretary Mary Barrett.

Nelvin's efforts paid off winning Gold in all three of his events: high jump, 100m and 400m.