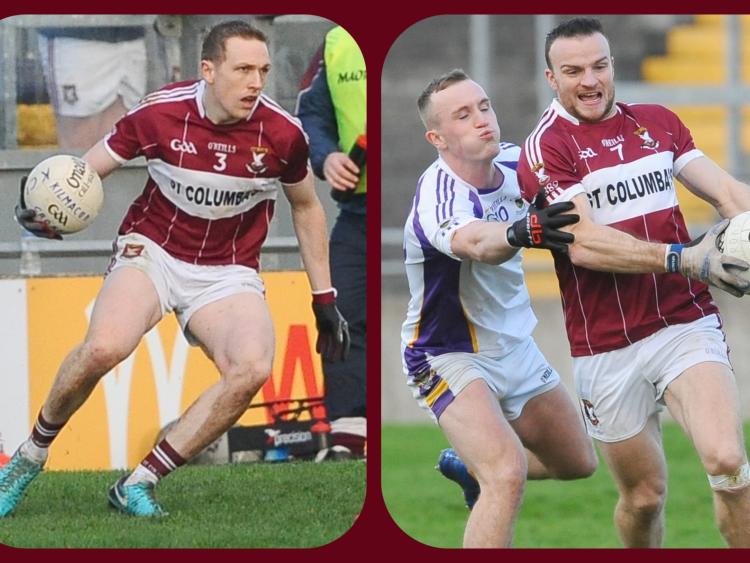 History making Leinster senior club champions Mullinalaghta have been honoured for their magnificent achievement with the selection of defenders Patrick Fox and Donal McElligott on the star-studded team that make up the AIB GAA Club Players’ Awards for football – which will be presented at a banquet in Croke Park this coming Saturday evening.

Corofin duo Gary Sice and Kieran Molloy are joined by Gaoth Dobhair star Kevin Cassidy in the short list announced for the 2019 AIB GAA Club Footballer of the Year award.

Sice and Molloy were monumental figures for the all-conquering Galway champions who successfully retained their AIB All-Ireland club title in such fine style on St Patrick’s Day – a fourth senior All-Ireland for the club in all.

Silke and Farragher were also chosen 12 months ago on what was the inaugural AIB GAA Club Players’ Awards.

Full-forward Kevin Cassidy was an inspirational presence for Donegal champions Gaoth Dobhair as they went on the march to a first ever Ulster senior title and an epic semi-final joust with Corofin.

Uachtarán Cumann Lúthchleas Gael John Horan said: “My congratulations to the players and the clubs who have been chosen for these awards on the back of what was another truly memorable AIB GAA Club Championship campaign.

“Every year the club championship produces a treasure trove of highlights; great stories of club endeavour, great battles and inspirational displays and of people and communities making memories to last a lifetime.

“These awards look to pay tribute to the stand out performers and our thanks to AIB for enabling us to make this scheme possible.”

“We are delighted to announce the AIB GAA Club Football Team of the Year. The passion and commitment shown by these players, as well as the supporters, is something which has brought so much joy to the country nationwide. To be named on the Club Hurling and Football Teams of the Year is a real honour for these players, their families, communities, and clubs.”

The team was chosen by a panel of national and regional media who considered outstanding performances over the provincial and All-Ireland series. The winner of the Footballer of the Year Award will be announced live on Saturday night at Croke Park and presented by Uachtarán John Horan.

CLUB FOOTBALLER OF THE YEAR NOMINEES