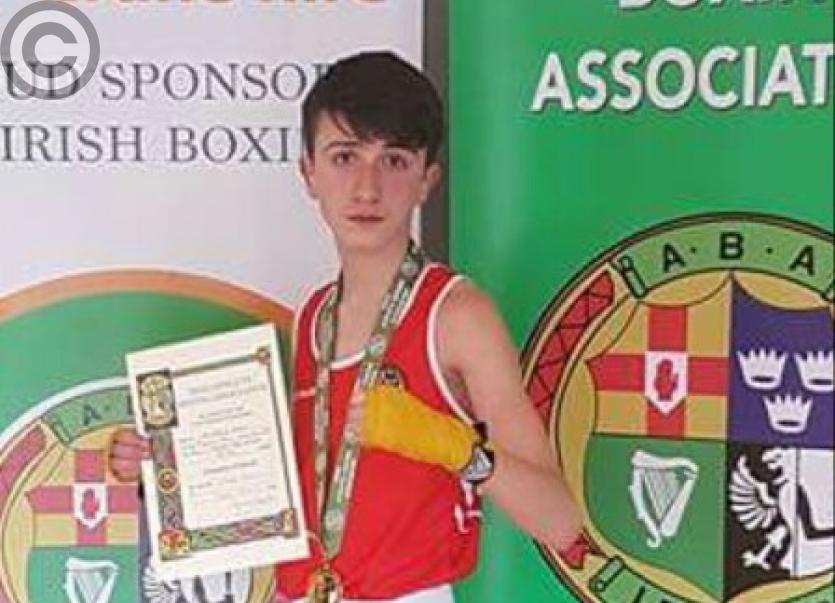 Longford boxer Michael Nugent, who was crowned All-Ireland champion in the Boy 3 38.5kg Division, pictured with his medal and cert at the finals in the National Stadium, Dublin on Saturday last.

Michael, who is from Longford town and is a first year student in St Mel's College, is affiliated to the  Olympic Boxing Club in Mullingar and is coached by former Olympian John Joe Joyce and his father Michael Nugent.

Things got of to great start for Michael in the semi-finals against Mark McEvoy (Donore Boxing Club, Dublin). Michael controlled the fight in  great fashion, picking his shots to perfection and won 5-0.

Next up for Michael in the final was last year's Irish champion Martin Collins from Ardnaree Boxing Club, Co Mayo. Both lads went all out at a fast explosive pace for all 3 rounds with Nugent catching Collins with great counter attacks and won the final 3-2.

It was a tremendous achievement for rising young star Michael Nugent to win the All-Ireland title and well done to Olympic Boxing Club, Mullingar who had 10 lads competing in the All-Ireland Finals as Leinster champions. Eight of them were crowned Irish champions, magnificent success for a  young club only four years in existence.