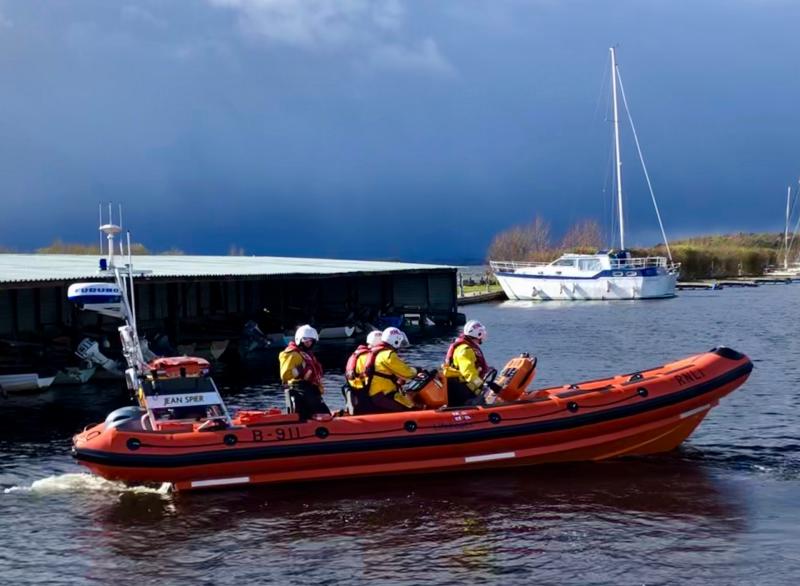 A family of four has been assisted to shore from a 43ft cruiser which was left adrift off Co Cork following engine failure.

Steve Smyth, Keith Brennan and Chris parker were at the helm during the mission and arrived on scene - midway between Garrykennedy and Ryan's Point at Youghal Bay - at approximately 5.15pm.

An RNLI volunteer transferred across to the casualty vessel and found all four people on board were safe, unharmed and wearing their lifejackets.

The volunteer also discovered the engines were overheating and reported this back to the helm.

Given the weather conditions -  westerly winds Force 4 gusting 5 - and location, the helm decided to take the vessel under tow to the safety of Garrykennedy public harbour.

The casualty vessel was then safety tied in Garrykennedy Harbour.

Jeremy Freeman, Deputy Launching Authority at Lough Derg RNLI advises boat users to "ensure your engines are serviced and that you have a means of communication should you get into difficulty on the water".