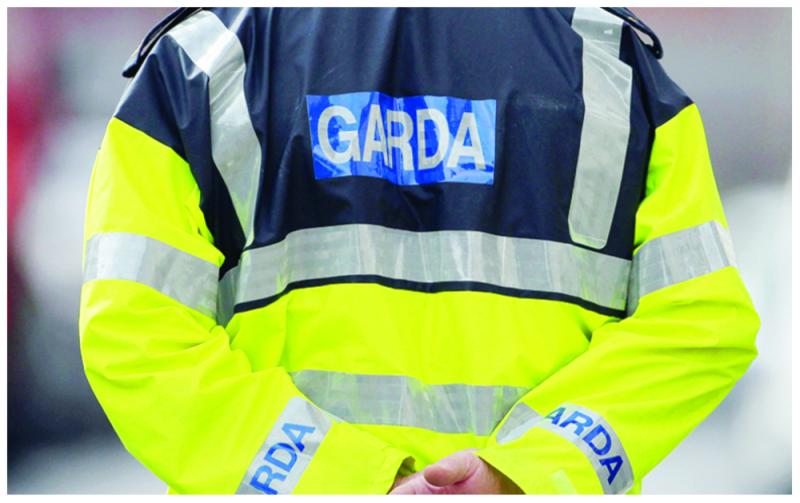 The results come from a survey conducted of 6,000 adults and a smaller group of younger people.

Garda management says the findings from the survey will now be "considered carefully".

Some of the key findings of the survey include:

• 81% of respondents trust An Garda Síochána
• 85% considered An Garda Síochána to be friendly/ helpful
• 86% agreed that ‘Gardaí would treat you with respect if you had contact with them for any reason’
• Respondents highlighted that ‘sexual offences’ and ‘human trafficking’ should be the top priorities for An Garda Síochána
• 15% of respondents view crime in their local area as a serious problem
• Of those who reported being a victim of crime (20% of survey respondents) in the previous 12 months, 26% reported being a victim of online fraud. However, only 26% of those victims reported the matter to An Garda Síochána
• 53% of victims of crime were satisfied with how Gardaí handled their case. 26% stated they received ‘too little’ information, while 30% considered that they received no satisfactory update on the status of their investigation

Due to the Covid-19 pandemic and related restrictions, the usual Public Attitudes Survey fieldwork had to be suspended in 2020. A full public attitudes survey resumed in 2021. The findings will be published by October 2022.

An Garda Síochána instead commissioned Amárach Research to conduct an online survey in 2020. This survey was carried out over four months (September – December 2020).  6000 adults were surveyed and a further, smaller sample of younger persons (16 – 17 year olds) were also surveyed, with parental consent, in November 2020.

A limitation of the online aspect of the survey is that the sample is not as representative of the population as is desirable because, as with many online surveys, older adults and those in less urban areas are under-represented. Respondents self-selected and represent a much higher level of urban dwellers and victims of crime than would normally be the case. That is why we are referring this survey to as "An Urbanised Cohort”.

Due to these limitations, the results from this online survey are not directly comparable to results from our usual public attitude surveys.

Welcoming the Online Garda Survey 2020 ‘An Urbanised Cohort’ published today, Garda Commissioner Drew Harris said: "Although we were unable to run a public attitudes survey in 2020 due to the Covid-19 pandemic, the online survey provides An Garda Síochána with valuable insights into the views of victims of crime and urban dwellers. I am pleased with the high levels of trust and positive public engagement.

"The findings have been carefully considered by my senior management team and, as with any survey, this online survey highlights areas of concern and where An Garda Síochána can improve. We have already started to address some of these and further improvements to how we provide our service will be made over the coming year."

Fear and Worry about Crime

30% of respondents reported that they did not worry about themselves, or anyone they live with, becoming a victim of crime (personal injury or property crime).

Female respondents reported a greater level of worry about themselves, or someone they live with, becoming a victim of crime than males.  Higher proportions of younger people (18-24 year olds) worried about becoming the victim of personal injury than any other age group.

Victims of crimes in the preceding 12 months reported greater levels of worry of future victimisation as opposed to non-victims of crime.

Females, older respondents and those from Dublin and the ‘rest of Leinster’, reported greater fears about the level of crime in Ireland, as did victims of crime in the previous 12-month period.

Commenting Assistant Commissioner Hilman, responsible for community engagement, stated, "An Garda Síochána understands not only the direct impact of crime, but also the fear of crime on victims and communities. An Garda Síochána continues to engage locally and national with communities, local stakeholders and public representatives through Community Safety Partnerships, Joint Policing Committees, the National Rural Safety Forum and National Garda Diversity Forum amongst others to provide public reassurance and prevent crime through initiatives such as Text Alert, Neighbourhood Watch, and Campus Watch. A new Computer Aided Dispatch system (CAD2) is at an advanced stage of development to enhance our current response capability to local communities."

In the 2020 Online Garda Survey, 20% of respondents said they were the victim of crime in the previous 12 months.  This is a much higher victimisation rate than is typically found in nationally representative surveys (both Garda and CSO), and reflects the opt-in nature of the online survey.  The fact that a higher proportion of victims of crime participated does provide An Garda Síochána with the opportunity to understand the views of this group.

26% of those who reported being a victim in the survey were the victim of online fraud and 18% were the victim of criminal damage. The high number of online fraud victims in this survey mirrors the sharp increase in this crime during the Covid-19 pandemic when increased targeting of victims through online platforms saw a surge in scams. While it was the most common crime type experienced by respondents in the 2020 survey, it was the least reported, at 26%.

When considering all the crime types experienced, 53% of victims had reported the incident to An Garda Síochána.  While reporting rates varied by crime type, theft of a car was most likely to be reported at (87%).

53% of victims reported being ‘very satisfied’ or ‘satisfied’ with how Gardaí handled their case, with 61% reporting that the ‘Gardaí responded quickly when they reported the incident’ and 68% were provided with ‘contact details’.

Whilst 44% of victims who reported their crime felt they received about the right amount of information afterwards, 26% thought it was too little and 30% said that they received no satisfactory updates.

An Garda Síochána Chief Information Officer Andrew O’Sullivan said, "An Garda Síochána is very much aware of the importance of providing information to victims of crime. Although letters are sent to all crime victims, we are working to introduce additional digital and interactive channels of communication to keep victims informed in ways that suit them .”

Sexual offences and human trafficking were the top two policing priorities identified in 2020, across all respondents.  Robberies, illegal weapons, assaults and drugs offences were the next top priorities.

Detective Chief Superintendent Colm Noonan Garda National Protective Services Bureau commented, "An Garda Síochána clearly identified Domestic Violence and Sexual Offences as a key focus in early 2020 and throughout the Covid-19 pandemic.  Operation Faoiseamh and the implementation of Divisional Protective Service Units across every Garda division in 2020 demonstrates our commitment to tackling these crimes.” Further Detective Chief Superintendent Noonan highlighted that ‘An Garda Síochána has established a dedicated Human Trafficking Investigation and Coordination Unit and the first convictions for Human Trafficking under the 2013 legislation were recorded in 2021’.

Satisfaction with An Garda Síochána

68% of respondents to the 2020 online survey were ‘very satisfied’ or ‘quite satisfied’ with the service provided to their local community by An Garda Síochána.

Trust in An Garda Síochána:

Treatment by An Garda Síochána:

Older age groups (>35) expressed greater agreement with the statement ‘that Gardaí would treat you with respect if you had contact with them for any reason’ than younger age groups.

63% of respondents ‘strongly agreed’ or ‘agreed’ that Gardaí can be relied on to be there when you need them.

72% of respondents ‘strongly agreed’ or ‘agreed’ that Gardaí listen to the concerns of local people, while 60% ‘strongly disagreed’ or ‘disagreed’ with the statement that community relations with the Gardaí are poor.

Perceptions of An Garda Síochána

66% considered An Garda Síochána to be community-focused.

85% considered An Garda Síochána to be friendly/ helpful.

61% considered An Garda Síochána to be effective in tackling crime.

54% considered An Garda Síochána to be well-managed.

59% considered An Garda Síochána is modern or progressive.

Agreement to the above statements, in general, was greater amongst older age groups and rural communities.

This younger cohort also expressed the view that national crime was a greater problem (62%) than local crime (20%).
36% ‘do not worry’ about becoming a victim of crime.

18% of this cohort worried about becoming the victim of personal injury.

38% have ‘very few fears’ or ‘no fears’ about levels of crime and 51% expressed the view that fear of crime had ‘no impact on quality of life’.

*It is important to note that the young person’s sample size was small (238) compared to our usual target of 600 responses, and unweighted. For this reason, findings should be treated with caution and indicative only.

The Covid-19 pandemic commenced in Ireland in March 2020, with Public Health Emergency Regulations in force for the majority of 2020.  It was against this backdrop that the Online Garda Survey was conducted.