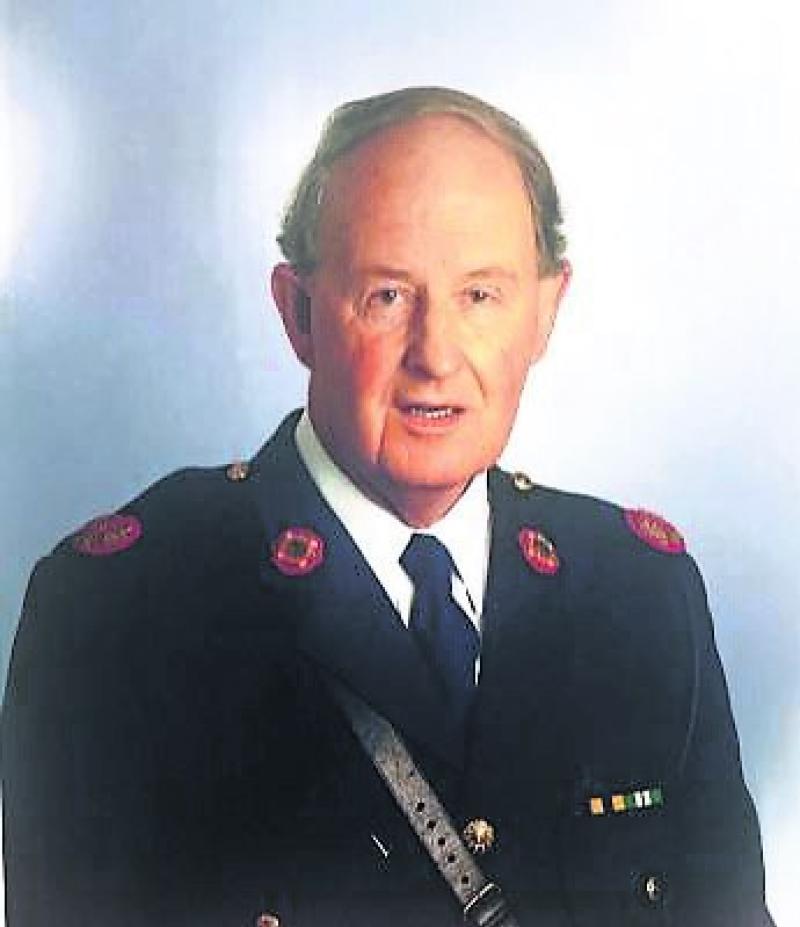 Well wishes are being paid this week to one of the Gardaí’s most distinguished and eminent figureheads who today (Wednesday) is celebrating his 90th birthday.

Former Assistant Commissioner Thomas O’Leary, who resides in Ballymahon bowed out of public service in 1997 after 45 years of exemplary service.

Born in 1932 in Co Wexford to his parents Jeremiah and May, Thomas joined An Garda Síochána in 1952, and after completing his training in the Phoenix Park Depot, he was first posted to Harcourt Terrace Garda Station.
Thomas’ potential saw him rise rapidly through the ranks and spent long periods of his service in the Special Branch, dealing with the security of the State during ‘The Troubles’.

As a Detective Chief Superintendent, Thomas was responsible for dealing with the most serious crimes including murders, kidnappings and bank robberies.

Promoted to the rank of Assistant Commissioner in 1990, Thomas was appointed as Regional Commissioner based in Mullingar Garda Station where he had five counties under his control. Thomas retired on July 19, 1997 with forty-five years’ service, and was the longest serving member in the force on his retirement.

Thomas retired to Ballymahon after retirement to pursue his love of boating, sailing and nature on the Shannon and Lough Ree.

Thomas renovated and extended a cottage, creating a beautiful home and garden which he, his devoted partner of 24 years Geraldine and extended family can enjoy.

Well-mannered and dignified, Thomas is one of life’s gentlemen, and as he reaches the age of ninety years, almost as old as An Garda Síochána itself, we wish him a happy birthday.