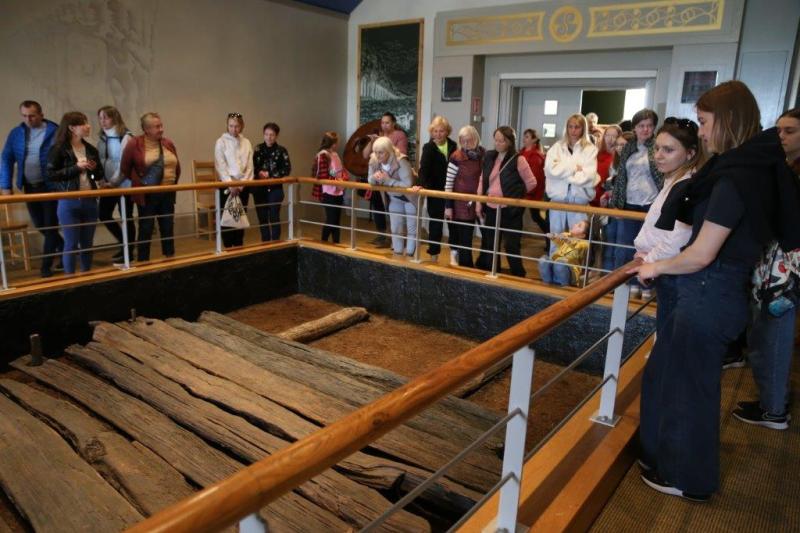 Saturday was a very special day for a group of 63 Ukrainian people currently based in Longford town.

Kanes Travel provided free buses so that some of Longford's gems could be explored and enjoyed.

First stop was Corlea Trackway where not only did they see one of Europe's oldest roads but they were also entertained by renowned traditional musician Noel Carberry, who was pleasantly surprised himself when one of the youngest children played a tune on his whistle.

Later a sundrenched Lanesboro welcomed the weary visitors who strolled and relaxed by the banks of the Shannon in the May warmth.

The final stop was Richmond Harbour where Tom Hanway provided the music for an appreciative audience.

The canal bank memorial with the child's shoes, commemorating the 1,104 who, in famine times walked from Strokestown to Dublin before being shipped to Canada via Liverpool was particularly poignant for the Ukrainian visitors.

For a few hours, those fleeing the war in their native country could relax a little while enjoying the peace, tranquillity and safety of county Longford.

The group want to thank all who have warmly welcomed them to Longford and made them feel part of the community.