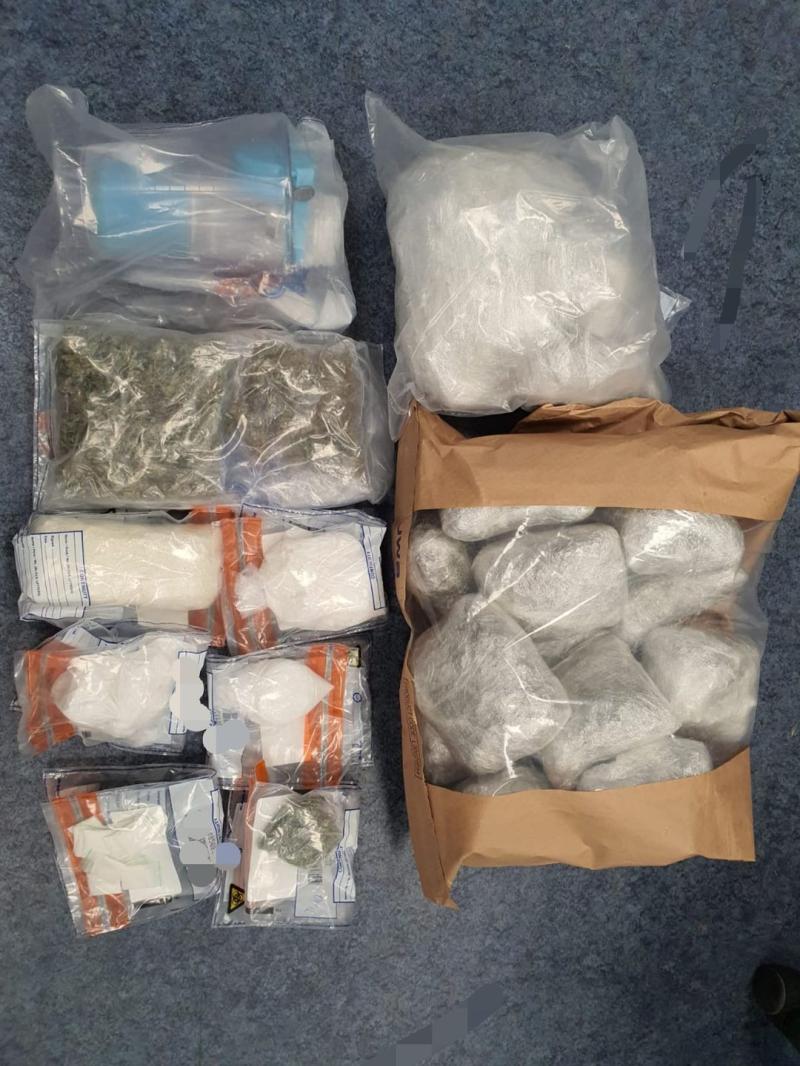 Gardai have seized €90,000 worth of drugs and arrested three men during a search in the midlands.

Gardaí attached to the Laois Divisional Drugs Unit, with assistance from the Detective Branch and uniform Gardaí from Portlaoise Garda Station, conducted a search in a residence in Portlaoise at approximately 8.20pm on Tuesday, May 10.

Three men, two aged in their late teens and one aged in his early 20s, were arrested as part of the operation and taken to Portlaoise Garda Station where they were detained under Section 2 of the Criminal Justice (Drug Trafficking) Act, 1996.

The have since been charged and are due to appear before Portlaoise District Court this morning, Thursday, May 12 at 10.30am.

This seizure forms part of Operation Tara, an enhanced national anti-drugs strategy, which was launched by Garda Commissioner Drew Harris on July 2, 2021. The focus of Operation Tara is to disrupt, dismantle and prosecute drug trafficking networks, at all levels - international, national, local - involved in the importation, distribution, cultivation, production, local sale and supply of controlled drugs.