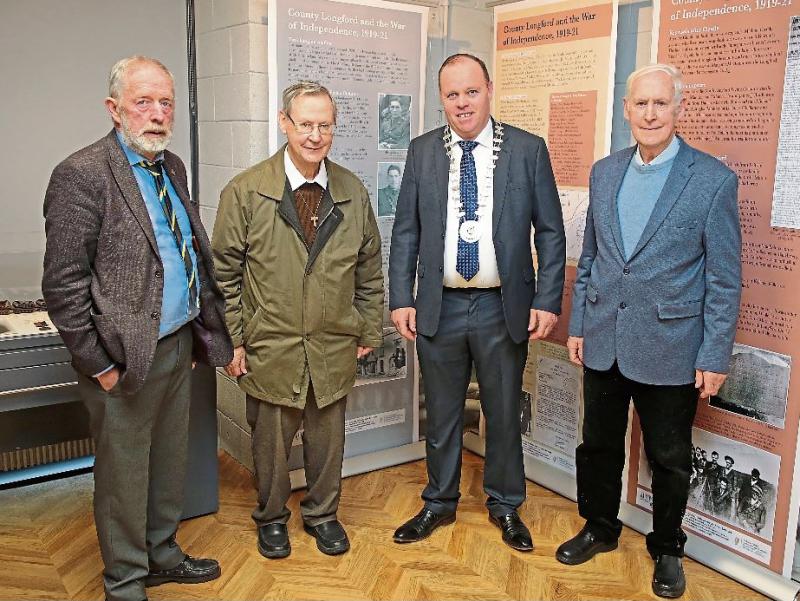 Longford County Council Cathaoirleach Peggy Nolan will officially unveil ‘The Circle of Courage’ sculpture at the site of the Clonfin ambush in Ballinalee on Sunday, March 27 at 3pm.

A Decade of Centenaries project, ‘The Circle of Courage’ sculpture is the creation of distinguished Longford artist Gary Robinson.

The piece was commissioned by Longford County Council’s Library, Heritage, and Archives services.

Longford County Council Cathaoirleach Cllr Peggy Nolan commented on the piece and what it represents. “This striking art piece brings together one of Longford’s most well-known artists with two great local businesses. It pays great respect to the sacrifices made by Longford people at the Clonfin ambush. Longford County Council is delighted to have facilitated it.”

Longford County Council Chief Executive Paddy Mahon agreed and refers to the role of the arts in helping us to reflect on our history. “Projects like this one are important as they encourage us to think about our past in a different way, especially about the human and emotional side of events.”

Sculptor Gary Robinson elaborated on what he wishes the work to express. “The sculpture highlights courage as something more than just bravery. Courage can reveal itself in different forms and we know that all who took part in Clonfin were courageous.”

The Circle of Courage sculpture

The project began with the writing of an account of the Clonfin ambush by Ardagh historian Dr Mel Farrell. This account was sent to artists and creatives in the region who were invited to submit proposals in response to it. Gary Robinson’s submission was successful.

The sculpture took six months to complete. It consists of a series of open circles, making up a larger, unfinished sphere. Corten steel is used – a reference to ‘The Blacksmith of Ballinalee’ Seán MacEoin.

The sculpture incorporates stones from the homesteads of each volunteer involved in the ambush. The significant contribution of Cumann na mBan is marked with a bicycle wheel disk representing organisation member Kate Ann Mulligan.

Four looped disks represent the four Auxiliaries who died as a result of the ambush. Michael Farrell, who was killed a day after the ambush, is also acknowledged within the piece.

The steel work was completed by Custom Metal Fabrications, with detail work by Core Components. Sergeant Ozzie Hackett from the Irish Defence Forces and the sculpture’s daughter Hollie Robinson also contributed to the piece.

The process has been documented by filmmaker Woody O’Hara Boland, to be shown on the County Longford Library Service’s YouTube channel in the near future.