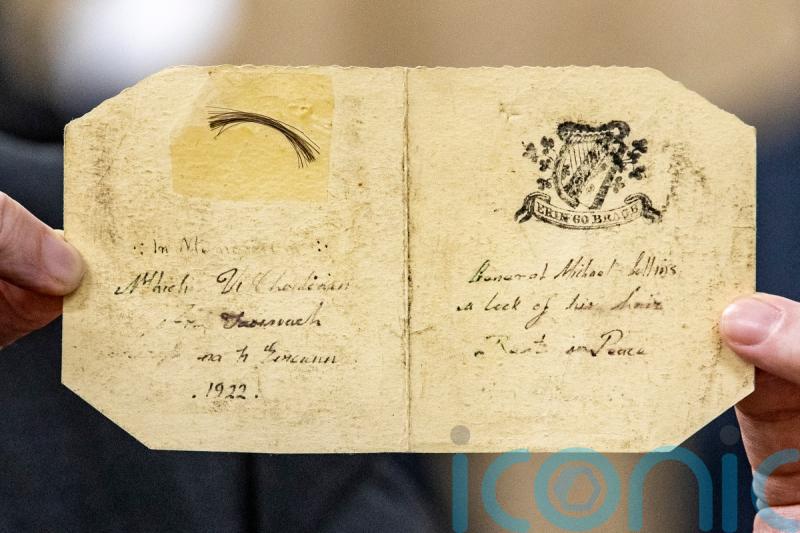 A revolver the republican leader reputedly had on his person when helping spring fellow revolutionary and future taoiseach Eamon De Valera from Lincoln Jail in 1919 has also gone under the hammer, selling for £9,000 (€10,500).

The items from the War of Independence/Civil War era were sold at a militaria-themed auction in Belfast. 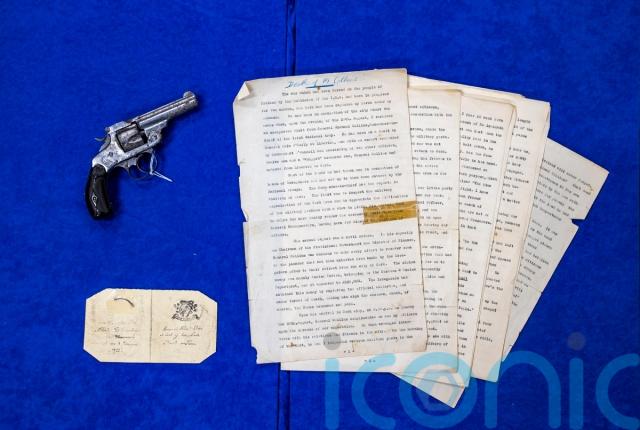 Documents from Collins’ close friend Emmet Dalton, including an evocative account of his assassination in Co Cork 100 years ago, was bought for £10,000 (€12,000) at the sale at Bloomfield Auctions.

Bloomfield managing director and auctioneer Karl Bennett said he is delighted with the interest the lots attracted.

Explaining the provenance of the lock of hair, he said it had been kept for years by Kitty Kiernan, Collins’ former fiancée.

Mr Bennett said it was then passed down through the family of Felix Cronin, the man who married Ms Kiernan.

“Collins’ lock of hair is definitely up there with some of the most obscure items we’ve had through our doors and I was delighted to see it make £18,000,” said the auctioneer.

“The Dalton documents that we received gave a fascinating insight into his relationship with Collins and indeed the extent of the situation in Ireland at that time. 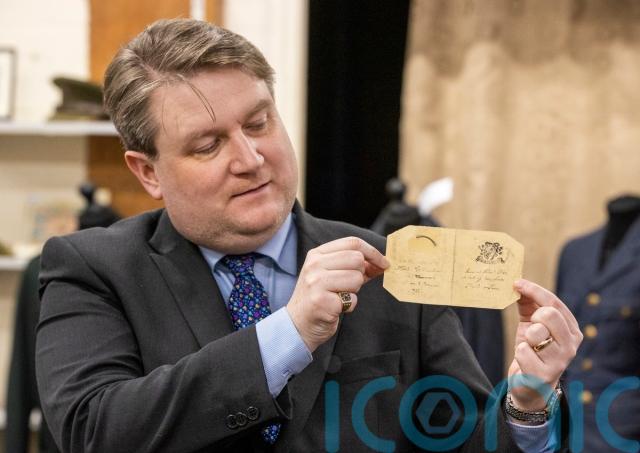 Mr Bennett added: “I believe Dalton may have been collating these documents to either make his own movie or write his own book about Collins. It’s well known that that was one of his biggest regrets in life – not making a movie about the life of Collins.

“It’s safe to say that each of these items tell a phenomenal story and come from a very important and influential time in this island’s history.

“Some people may question the need to sell, or indeed purchase items such as these, but a great deal can be learnt from history, which is why I feel that it’s imperative for us to remember.”