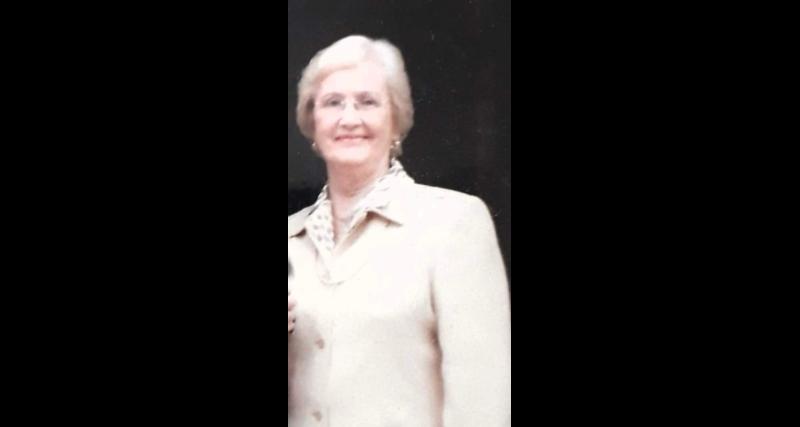 There was a deep sense of regret in the parish of Mullinalaghta when word spread on Saturday, January 22 of the peaceful passing, in the wonderful care of the doctors and staff of Ward 3B University Hospital Cork, of Kathleen Tierney (née Cunningham), Broomfield East, Midleton, Co Cork and formerly of Clooneen, Granard.

Kathleen was a member of an old and well-respected Mullinalaghta family, one of seven children of the late Michael and Julia (née Cosgrove) and sister of Mickey (Clooneen), Larry (Cloughernal), Eugene (Dublin), Anna (Australia) and Sheila (Dublin), all of whom predeceased her, and of Breda (New Jersey, USA).

Kathleen married Paddy Tierney, a native of Granard who played with Mullinalaghta in the 1950s, and his work with Bank of Ireland took them to Charlestown and Kiltimagh, Co. Mayo, before settling in Midleton where they raised their family.

Kathleen suffered the loss of her daughter Shirley Tierney Everatt to illness at a relatively young age and lost her husband Paddy more recently in November 2020.

Both she and Paddy had been cared for at home in recent years by their daughter Brenda.

She is survived by her daughter Brenda, son Mervyn, sister Breda, grandchildren and great-grandchildren, sisters-in-law Rose Cunningham (Clooneen), Beatrice Cunningham (Cloughernal), and Mary Tierney (Butlersbridge), brothers-in-law Pat Flood (New Jersey) and Vincent Tierney (Kettering, England) and his wife Elizabeth, nieces, nephews, relatives, and a wide circle of neighbours and friends, particularly her best friend Sue Perrott who visited, supported and helped her twice weekly for the past number of years, to whom we offer our condolences.

Kathleen’s funeral took place in the Church of the Most Holy Rosary, Midleton on Tuesday, January 25 with burial afterwards in the adjoining cemetery.