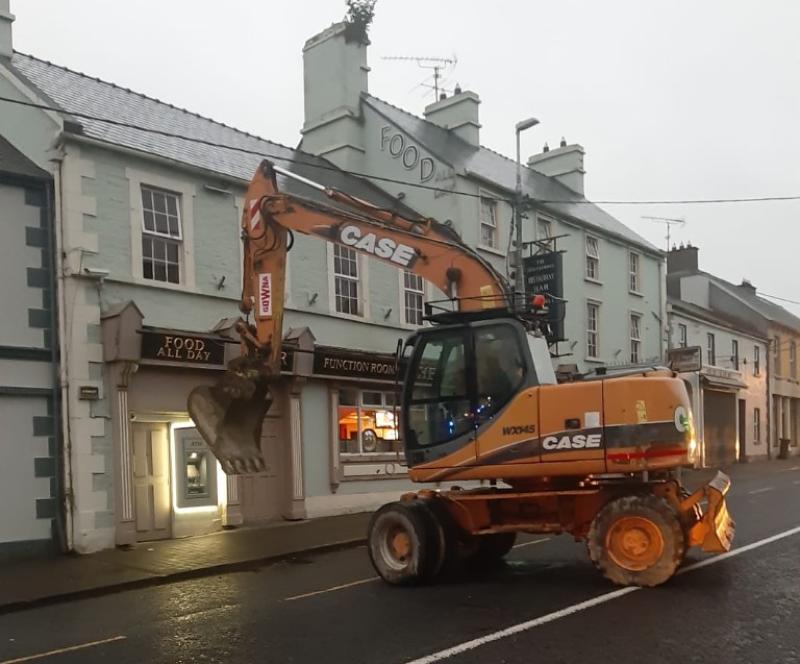 A man who admitted trying to steal an ATM and to moving cash for a cross-border gang was found hiding in a toilet hours after he ran from responding gardai, the Special Criminal Court has heard.

The non-jury court is hearing the case of former club all-Ireland champion Daniel O'Callaghan, who is accused of the attempted robbery of an ATM at the Riverfront Hotel in Virginia, Co Cavan, in August 2019.

Mr O'Callaghan, who is a co-accused of the man found in the bathroom by gardaí, is the fifth male to appear before the courts in relation to the attempted robbery of the ATM at the hotel in August 2019.

Mr O'Callaghan (31) of Monog Road, Crossmaglen, Co Armagh, has been charged with alleged offences under Section 72 and 73 of the Criminal Justice Act.

He is charged with the attempted theft of the ATM at the Riverfront Hotel, Main Street, Virginia, Co Cavan, on August 14, 2019, for the benefit of, at the direction of, or in association with a criminal organisation.

Mr O'Callaghan has pleaded not  guilty to all charges.

At the Special Criminal Court yesterday (Wednesday, January 26), Detective Superintendent James O'Leary told Fiona Murphy SC, prosecuting, that he was a detective inspector in Cavan-Monaghan investigating the thefts of ATMs between September 2018 and August 2019.

Det Supt O'Leary told Ms Murphy that the thefts involved stolen excavators, vehicles and flat-bed trailers taken from the locality of each of the thefts.

The detective said that an intelligence-led investigation was underway in August 2019 after confidential information was received by gardaí about the ATM at the Riverfront Hotel in Virginia being a possible target for an organised crime group.

Det Supt O'Leary said that he received a call at 1.44am on August 14, 2019, informing him that an attempt to steal the ATM in Virginia was imminent.

The detective said he arrived at the scene on Main Street in Virginia at around 2.50am where Emergency Response Unit gardaí had rammed their Range Rover into a Toyota Landcruiser next to a digger with its bucket aimed at the ATM.

He said three males, two exiting the Landcruiser and one exiting the digger, had fled from the scene but had been chased by specialist unit gardaí.

One male was arrested in a nearby field by Det Gda Declan Conlon, he said, while another was arrested at around midday the following morning by Det Gda Jim Matthews in the men's bathroom of the hotel after it reopened.

Ms Murphy said that the male arrested in the bathroom was co-accused Ciaran Duffy (27) of Greagh, Loughnamore, Co Monaghan.

The court has also been played CCTV of ATM thefts and attempted thefts at Ballybay and Castleblayney, Co Monaghan; Kells, Co Meath, and Kingscourt and Virginia in Co Cavan, which Det Supt O'Leary described as have a "degree of planning" associated with an organised crime group.

Mr O'Callaghan is also charged with the criminal damage and the theft of an ATM on Main Street, Castleblayney, Co Monaghan, on  April 3, 2019, both offences allegedly being for the benefit of, at the direction of, or in association with a criminal organisation.

He is also twice accused of participating or contributing to the possession of cash totalling €125,930 intending to facilitate the commission by a criminal organisation or any of its members of a serious offence at Tullypole, Moynalty, Co Meath, on August 14 and 20 of last year.

He is further accused of possessing €298,000 at the same location on August 14, 2019, along with a charge of possessing a petrol can intending to use it or cause or permit another to damage stolen property; a Toyota Landcruiser with false plates in Virginia, also on August 14.

In addition, he is charged with possessing a stolen Toyota Landcruiser, possession of a stolen 14-tonne digger and that he appropriated the digger without the consent of its owner in Virginia on the same date and location.