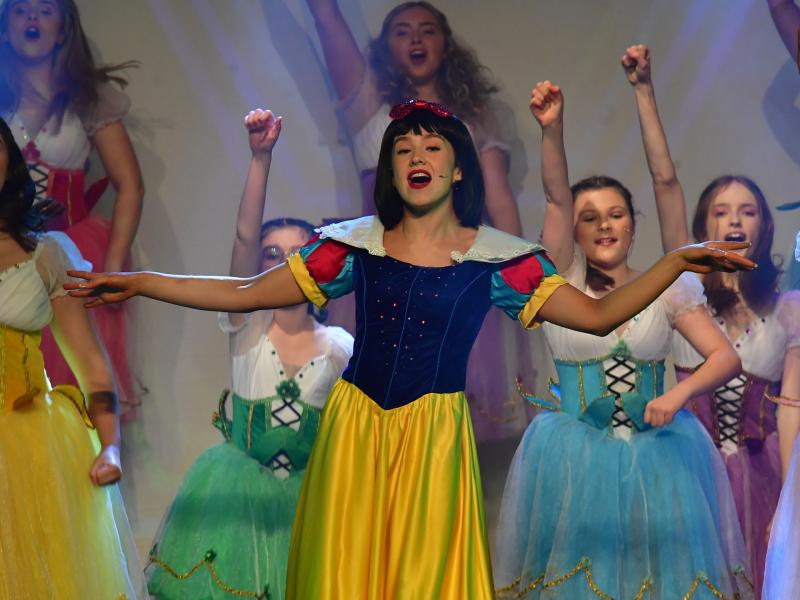 The show opened on December 20 in St Mel's College even though Government guidelines had reduced the capacity of the venue to 50%.

The producers decided to plough ahead nevertheless as everyone had worked too hard to get to this stage of the production.

The Abbey Theatre will bring the hilarious and uplifting Every Brilliant Thing to Backstage on Tuesday and Wednesday, February 8 and 9 next.

St Mel's gym was once again transformed into a theatre venue to rival any venue in the country.

Starring the X Factor's Mary Byrne as Fairy Nuff and Damien 'Dougie' Douglas as the hilarious and lovable Billy Doolittle, Snow White took audiences on a journey that some described as 'just magical'.

Audiences in Ireland have been starved of indoor entertainment for almost two years so the Snow White Panto was a welcome distraction for everyone.

Adults and kids of all ages travelled from all over the country to see this professional production that has well and truly put Longford on the Christmas Panto map.

Their first Panto, Cinderella, took place in 2019 but because of Govt guidelines there was no Panto in 2020.

That was a huge blow to the many people employed during the run on this Panto but the producers Paul Hennessy, Tracey Carty and Gerry McCann were determined to get the Panto back in 2021 even though they had to overcome many obstacles.

Plans are already underway for Christmas 2022 when the Panto 'Billy and The Beanstalk' hits the stage in St Mel's starring Damien Douglas as Billy. Ticket details soon.

The producers and cast would like to thank everyone for their wonderful support and encouragement during the run of Snow White.

The Snow White Panto was kindly supported by The Longford Arms Hotel, Longford Tourism and Longford Live and Local.