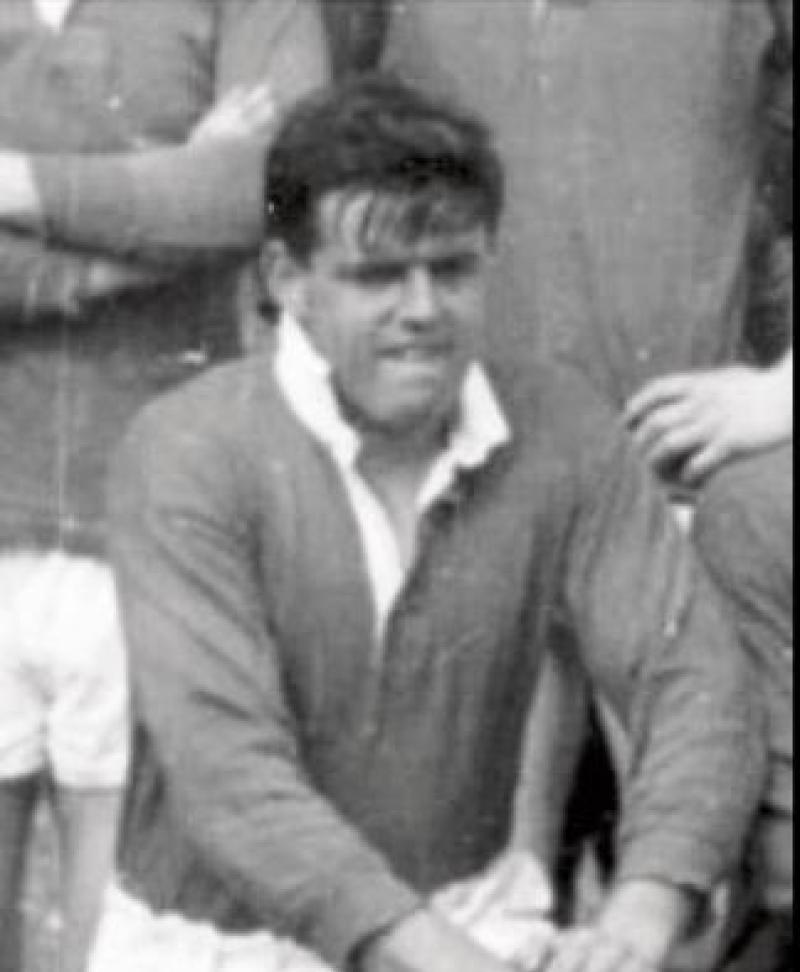 The late Paddy Casey in his playing days

Mostrim GAA lost one its great servants with the passing of Paddy Casey in September, known to many around the county for his interest and involvement in the GAA scene.

Paddy Casey was the oldest of six children (four boys and two girls) and lived most of his life in Newtownbond. He was born to John and Mary Casey in North Strand, Dublin where they ran an off licence. The Caseys hailed originally from Killashee.

As World War II raged, the Germans dropped bombs on Dublin on several occasions and the area worst affected was North Strand, where 28 people were killed after an attack in May 1941. The Casey's premises was among those to be destroyed but the family survived with young Paddy thankfully unharmed after having to be pulled from the rubble.

John and Mary decided to take Paddy and his two brothers Liam and Sean back to Co Longford and they set up home in Whitehall about two and a half miles from Edgeworthstown. At a later stage they moved to their current location in Newtownbond where John Casey farmed and also worked with Longford County Council.

Paddy went to the national school in Edgeworthstown where there was a boys and girls school, thus starting his association with the parish and the club.

As a teenager Paddy began working in the weavers' factory on the Dublin Road in Longford and was there until it closed in the late 1960s. He then worked with Longford County Council's water division for a number of years.

Paddy also worked on the family's farm on a part-time basis and eventually made the decision to go full time farming and he remained a full time farmer until his passing.

Paddy had a lifelong love of gaelic games. In the 1950s there was very little underage football except at schools level and so you often had to wait until you were in your mid to late teens to play adult football. Paddy and his brother Sean first played junior football with Shroid Slashers but after a few years he transferred back to Edgeworthstown.

Paddy earned a fine reputation as a no-nonsense corner back. He was tough, strong and very determined and corner forwards definitely earned the little they got of him.

It was a very successful priod for the club. Having won a couple of Special Junior Leagues and a few tournaments the big breakthrough came in 1966 when Edgeworthstown won the Junior Championship for the first time since 1929 and this proved to be the springboard for further successes. Winning the intermediate championship in 1967 and going up to senior status. In the club's first year senior they won the Special Senior League (1968) and in 1970 they won the Leader Cup. Paddy featured on all of those teams, he had retired from playing by the time the club won the Connolly Cup for the first time in its history in 1974 but was still involved as a member of the backroom team.

As we come to the close of 2021, another challenging year, Rath Mhuire & Dolmen Community Resource Services are proud to have continued their supports and services for older people in the North Longford region, during this difficult time.

He also became very involved with the club as a selector on senior and junior teams but his great claim to fame will always be the work he did for the underage players in the club from under 14s to under 18s – not that he would ever look for credit because he always got on with it in his own quiet way. Along with his good friend, the late Seamus Smith, they won numerous leagues and championships with these age groups and made sure that the club had a steady supply of well-trained players for their adult teams. The club owe Paddy and Seamus a great debt of gratitude.

And Paddy was a proud man when his three sons John, Brendan and Terry later wore the green and red with pride and distinction. Terry is the current PRO of the club. Also his granddaughter Aoife is continuing the family playing tradition by playing ladies football for Bunbrosna and camogie for Cullion.

He would have been very proud on county final day seeing the jersey to which he gave so much of his spare time to back in contention for the Sean Connolly Cup after 29 years. And while he no doubt would have been disappointed with the final result, there is no doubt that he would still have been immensely proud of all involved.

Paddy was a quiet shy man, a good man to seek advice from, always a contributor at club meetings and AGMs with sound opinions, a good man for the community, an all round sports enthusiast. In his early years he followed the greyhounds and he also loved to have a flutter on the horses. Paddy never sought the limelight was a good caring family man, a husband, a father, grandfather, a brother and a good neighbour, and he will be sorely missed by all who knew him.

Our deepest sympathy to his wife Margaret (nee Campbell), his sons John, Brendan and Terry, his daughter in law Fiona, his granddaughter Aoife, his brothers Liam, Sean and Eamon, his sisters Elizabeth and Ann, and his extended family and friends.
Go ndeana Dia trocaire ar a anam – S O hU