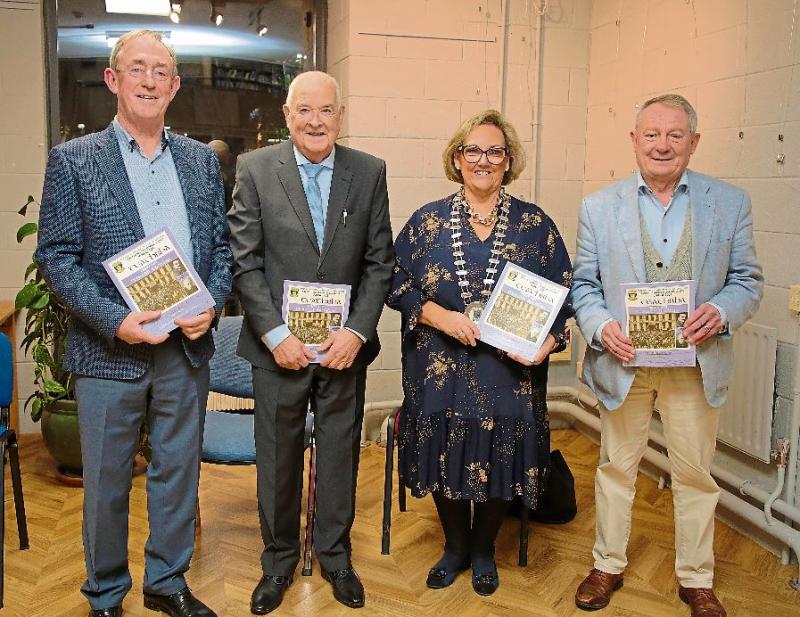 As we approach Christmas, there are some publications that Longfordian expect to see in the shops and one of those is Teathbha, the Journal of County Longford Historical Society.

The publication of a journal is one of the society’s core projects since its foundation in 1967, and the first edition of Teathbha appeared in 1969.

The 2021 edition of Teathbha, the Journal of County Longford Historical Society, is the twelfth to be edited by James MacNerney and the seventh in a row, which are huge achievements.

Drumlish honours those who fought against oppression

Men and women from Drumlish who fought against oppression during the infamous Land Wars have been honoured with a new monument.

With over 100 pages, it contains articles on a wide variety of subjects spanning centuries of Longford’s history. As is usual, the contributors include a mixture of regulars and newcomers.

Given that this is a period of major commemorations, some of the articles concentrate on the Irish Revolution. They include contributions on Seán Connolly, by Dr Eileen Reilly; Dr Brigid Lyons, by Professor Marie Coleman; and the Treaty negotiations, by James MacNerney.

Aidan O’Hara has an account of the setting up of An Garda Síochána, to which his father was one of the early recruits. Neil Moxham writes about the Longford Women’s Unionist Association, a little-known, but important body of its time.

This year is the 1500th anniversary of the birth of St Colmcille and Donegal historian, Helen Meehan, has written about him.
Dr Fergus O’Ferrall, the longest serving contributor to Teathbha, has an account of the Plantation of Moydow Barony.

Another article on the same period is Dr Amy Harris’s, which examines the famous Fox tomb near Legan. Dr Seamus Mimnagh considers the implementation of the 1881 Land Act in Longford.

There are tributes to the late Johnny Creegan (by the editor), who was a faithful committee member for many years, and to two Lanesboro stalwarts, Luke Kenny and John Killian, by their friend John Casey.

The journal is available in several outlets around the county for a very reasonable €12. It is an ideal Christmas gift!