Nothing says Christmas in Longford quite like Jude Flynn's Fireside Tales 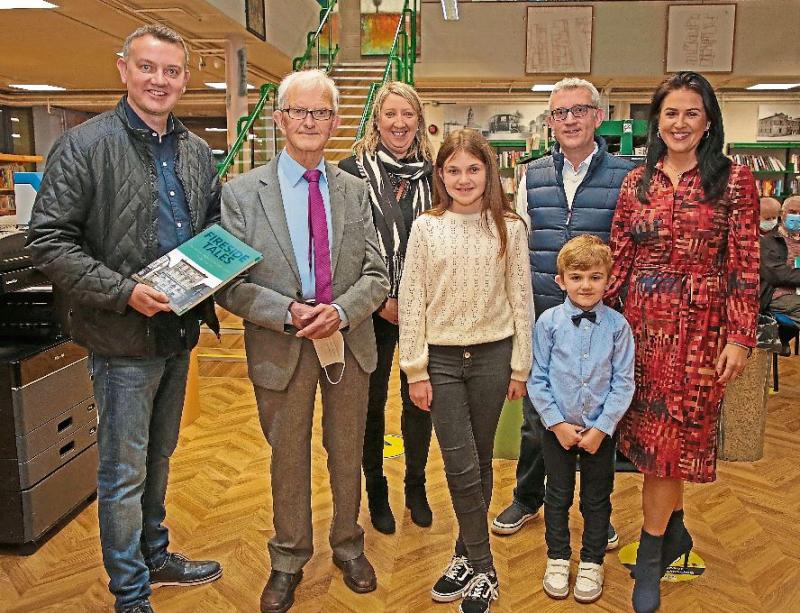 The past year has been a difficult one for many of us, filled with the unfamiliar.

But Christmas is now on the horizon and fast approaching, bringing with it a sense of normality and festive cheer.

There's no better way to get in the spirit of things than by sitting down with the latest copy of Jude Flynn's iconic Fireside Tales.

The much-loved annual, now in its 19th edition, tells the stories of Longford people and chronicles the social history of the region.

Longford panto to ensure the safety of Snow White patrons

As the country is being hit with more and more Covid restrictions, it seems our Christmas could be hampered by the pandemic once again.

Jude has been dedicated to writing down people's memories for decades, a passion which began after his late wife, Mae, gave him a present. "It started with a tape recorder," he says. "The stories I was taping were very interesting, I said I might put them into a book.”

A keen historian and longtime member of Longford Historical Society, Jude has had what he calls lovely moments with people over the years and seeks to tell people's stories before they disappear. "I'm interested in people," he says.

Fireside books are popular across America, but according to Jude they're unrelated to his own despite the similar name. The naming of Jude's annual came about quite by chance during a conversation with a friend in 2003 prior to publication.
Jude: "I'm thinking about bringing out a book."

Friend: "What are you going to call it?"

Jude: "Tales from the Fireside.

Friend: "Would it not be better to call it Fireside Tales?"

"It was different but it went very well," Jude says. "The person that announced it was very articulate. It was a great success."

Although Jude has spent years documenting other people's tales, nobody has recorded his own. But he hasn't ruled out a book about his own experiences. "Sometime I might, yeah."

This year's edition features one of his favourites - called The Granard Bread Men - and also marks the first time he's tracked a family's genealogy.

According to Jude, this year's annual will be the second-last edition. "I want to make it twenty," he says. "Several people told me to go to twenty. Twenty books is very good, you know."

He hopes someone will pick up the mantle in the future to continue recording people's lives. "It's a different generation now and it's a different way of life, you wouldn't hear the same stories. But I would like it if somebody took it up. The thing you have to get down to is to get down and do it."