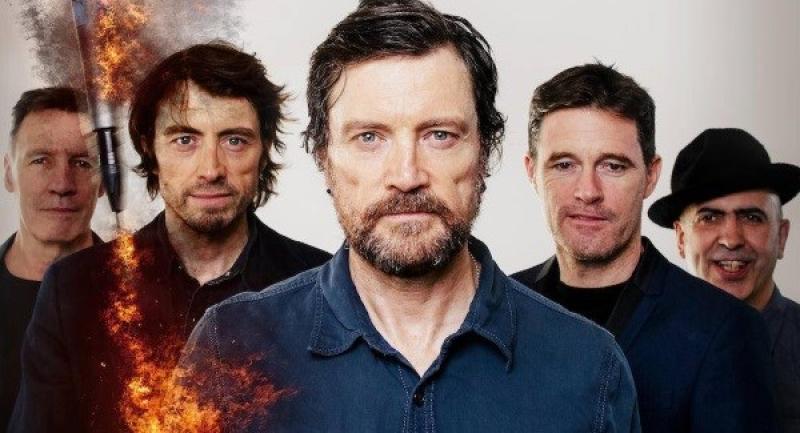 The Stunning's last gig before lockdown was in Carrick on Shannon in December of 2019, so there is a certain symmetry that their first show in almost two years takes them back, by popular demand, to the Landmark Live stage.

In the seven years that they initially together they toured relentlessly building up a following that would make them one of the most successful Irish bands ever.

Their 1990 debut album ‘Paradise In The Picturehouse’ spent five weeks at number one and became one of the most-loved Irish albums of all time. The follow up ‘Once Around The World’ also hit the No. 1 spot, and the band went on to sell over 100,000 albums in Ireland alone.

The band became a household name and was the soundtrack to a whole generation of people brought up in Ireland during the late 80's and 90's.

Their diverse musical influences of alternative rock, soul, blues and country resulted in an eclectic mix that was difficult to categorize but loved by audiences.

“Brewing Up A Storm” has become an anthem of sorts, heard everywhere from football stadiums to clubs where it's still a guaranteed floor-filler. Songs such as “Half Past Two”, “Romeo’s on Fire”, and “Everything that Rises” still get radio play and are featured in movies and compilations of the best of Irish rock.

Support on the night comes from emerging talents The Burma. Based in Cork, and named after the Burma steps in Cobh, they accredit their sound to influences of the American Indie scene of the early 2000’s and British guitar bands of the 80s and 90 like The Killers, Tame Impala, The Smiths, Arctic Monkeys and The Strokes.

This will be an indoor seated concert with capacities in line with government guidelines as per the updated public health measures.

Attendees must be fully vaccinated or recovered from COVID-19 within the previous 6 months. Proof of immunity will be required on entry. No entry will be permitted nor refunds made to those without proof of immunity. Full details of on the gov.ie website.