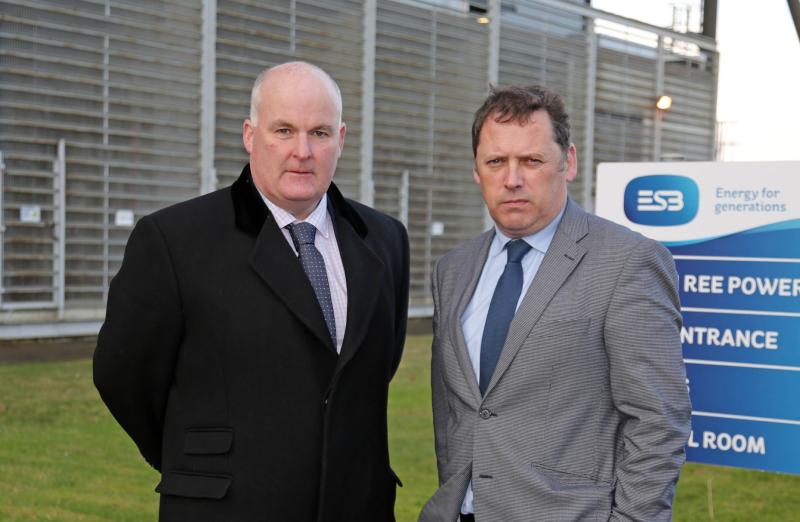 Fianna Fáil TD for Longford Joe Flaherty has welcomed the publication of the Just Transition Report but has warned that unless the recommendations are implemented quickly Longford will suffer.

Deputy Flaherty said, “The Just Transition Commissioner Kieran Mulvey rightly recognises the massive 15% loss in rates funding to Longford County Council and calls on the Government to address it immediately.

“Among other things the report recommends increasing the just transition fund, the establishment of a new taskforce to support the midlands and addressing the funding shortfalls from commercial rates.

“Importantly it recognises the hard task of finding alternative opportunities for the generations of people who have worked in the power stations and on the bogs in this area.

“The accelerated nature of decarbonisation has far outpaced the level of investment in Longford and we need to see the €11 million in funding which is in place for reskilling released immediately.

"We have to invest in the region, we have to create jobs and we have to secure the future viability of Longford,” concluded Deputy Flaherty.

Meanwhile, although Sinn Féin spokesperson on Communications, Climate Action and the Environment David Cullinane TD welcomed the publication of the first report by the Just Transition Commissioner Kieran Mulvey, he said he has concerns about the level of funding being provided to ensure that workers are protected and projects are implemented.

He said: "This year has been a tough one for workers, families and communities in the Midlands, with 230 temporary job losses at Bord na Móna.

"I welcome the publication of the report by the Just Transition Commissioner Kieran Mulvey in the hope that jobs can be saved and a suitable plan for the Midlands put in place.

"This is a lengthy report and deserves due consideration, and it is important for Minister Richard Bruton to appear before the Dáil specifically to deal with the contents of this report.

"Covid-19 restrictions will inevitably delay the rollout of many schemes. We need to ensure that any delay in finding alternative sources of employment for workers has to be met with a pause in redundancies and job losses. It is vital that the transition for any worker is not from a job to the dole queue.

"I also have concerns about the level of funding being provided to ensure that workers are protected and that projects under the Just Transition plan are implemented quickly and speedily.

"€31 million is a start, but it remains to be seen whether this is enough to ensure the plan is implemented. A commitment to a further €6 million from the ESB is welcome, and further promises and calls for additional investment need to be delivered upon.

"A Just Transition must be at the heart of our move to a more environmentally sustainable economy, but ensuring that workers and communities are at the heart of this must be central to moving forward.

"Sinn Féin will give the report full and fair consideration, but this will ultimately come down to delivery and will be judged by how many Bord na Móna and ESB jobs can be maintained in existing and new green enterprises."

ICTU's Congress Energy Sector Group also welcomed the publication of the interim report of the Just Transition Commissioner, Mr Kieran Mulvey, on the situation in the Midlands and said it will study both the report and the response of the Government in detail, over the coming days.

The Energy Sector Group - which represents workers across the energy sector in the Midlands and nationally - will consider the report and issue a full response in the coming days.

The Energy Sector Group said it has major concerns over the fact that hundreds of workers are still on lay-off in Bord na Móna in circumstances where harvesting should be occurring and required rehabilitation and decommissioning work has been put back to next year, apparently due to financial constraints. It said the employment of workers must be prioritised.

It said the overriding imperative of any transition process must be the delivery of a genuine Just Transition for the workers and communities of the Midlands, one which will ensure quality jobs in sufficient numbers to replace those lost and the creation of new opportunities for the region.

The Congress Energy Sector Group thanked Mr Mulvey for his engagement with them on this issue.