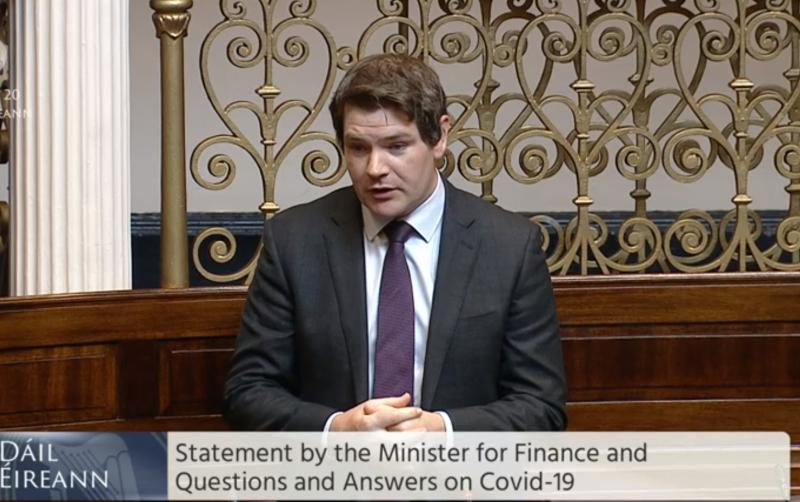 Deputy Peter Burke, Fine Gael TD for Longford Westmeath, has publicly slammed the pillar banks for what he termed “gouging”.

The Fine Gael Chief Whip made his comments  in the Dáil during questions which were being taken by the Minister for Finance and Public Expenditure, Paschal Donohoe.

“The Deputy Governor of the Central Bank is on the record in recent days as stating that our banks are charging double the interest rate they need to in order to be profitable.

“This is evident across the spectrum, with both first-time buyers and businesses.  This week I was contacted by a constituent who is paying a 4.75% rate on his mortgage and because he is self-employed, he cannot switch to a lower cost mortgage.  Our neighbours in Europe are being charged less than half of this, and this has been the case for years.

“I welcomed the engagement the Minister had with the pillar banks and the mortgage holiday which many are offering to customers, but it remains to be the case that a family with a €200,000 mortgage will accrue a €2,600 interest bill on their mortgage during a six month payment break.  This is based on a 3.2% interest rate for the remainder of a 25-year term.  Many have longer left on their mortgages and are paying a higher fixed rate.  At the very least, the banks could reduce the interest being charged to a tracker rate for those availing of a payment break”.

Also read: Longford reopens for business but ‘it will be a long and slow recovery’

“On average, homeowners in Ireland are paying €220 a month more in mortgage repayments than the average being charged in the eurozone.  This is clearly a problem that predates the pandemic, but now would be a good time for banks to show some solidarity.  Any person who was given a mortgage holiday from their bank has lost employment and will not be in a strong position to repay those interest rates in the coming years.

“The government must be tough with our pillar banks, a number of which we bailed out in previous years and in which the Irish taxpayer continues to be a shareholder.  I am calling on the Minister to remind the banks of this in his future engagements.”