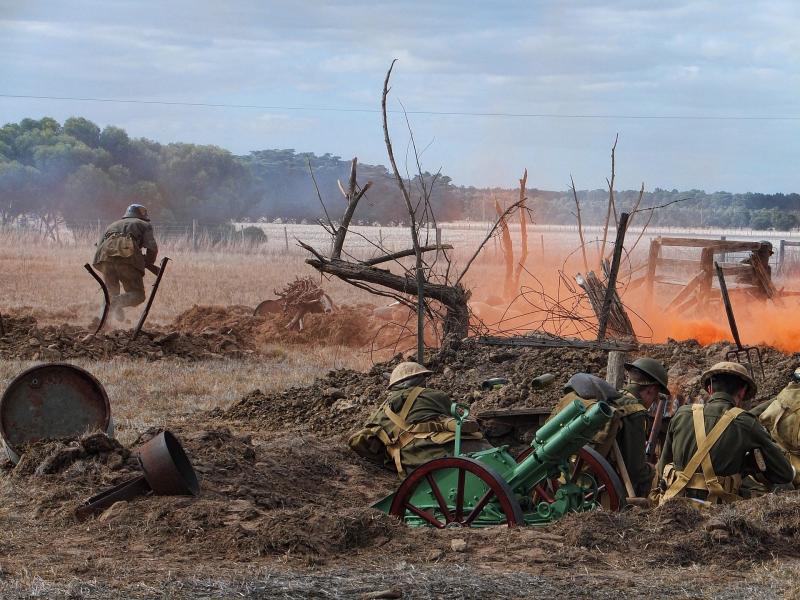 Gloria Tattersell is a Researcher with the Fromelles Association of Australia and she is seeking to trace the family of a Longford man who died as an Australian soldier.

I am writing from Australia and I am seeking help to trace the family of John Conway, who was born in Templemichael, County Longford and who fought and died with the Australian Army in WW1 at the Battle of Fromelles.

John was born in the Workhouse in Co Longford 9 April 1885. John came to Australia in 1914 after serving 12 years in the Royal Irish Fusiliers.

He married in 1914 and fought in the Australian Army in WW1. He died at the Battle of Fromelles in 1916.

John also had a brother Michael who also died (1917 in France during WW1). Michael lived in Longford and married Bridget Lally. Both John and Michael had no children.

We are searching for any family of John’s father, James F Conway and mother Mary Anne Farrell in order to give John a final resting place.

We know that James had sisters, who remained in Ireland, but equally we are interested in locating any descendants of James F and his wife Mary Ann or James’ father also called John Conway (1804–1879) in Co Longford.

James had a brother Patrick Conway born in 1845 – we have found no further information on Patrick.

If you can help with any information please e-mail Gloria at cgtatts@bigpond.com

* Gloria Tattersell is a Researcher with the Fromelles Association of Australia and recently wrote and requested help to trace family of John Conway via his father James F Conway.

The Fromelles Association of Australia is a group of volunteers who are searching to match names with lost soldiers of the Battle of Fromelles who were buried in mass graves by German troops.

It is the aim of the Fromelles Association of Australia to have each headstone named with the soldier who lies beneath.

In 2008 a mass grave of 250 Australian soldiers was discovered at Fromelles.

John is on a list created by the German Army of men placed into the grave.

So far 166 sets of remains have been identified but John’s remains have yet to be identified and currently we believe he lies beneath a headstone marked “Known Unto God”.