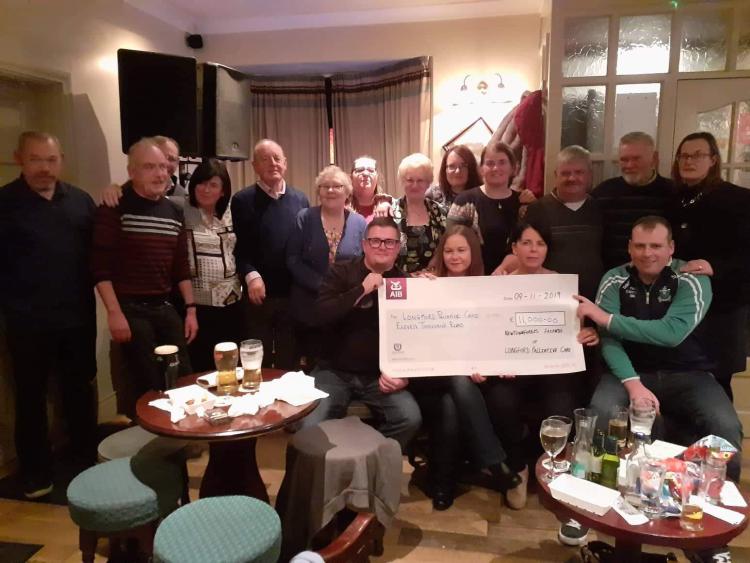 What was first started over a pint has since transformed into an annual charitable initiative which has raised thousands of euros for various worthy causes.

The Friends of Newtownforbes fundraising initiative was first founded over twenty years ago in 1998, as a way for the community to give back. Their maiden fundraiser was eventually held in aid of Crumlin Hospital and since then, they have contributed to charities such as Bóthar, St Joseph’s, the Alzheimer’s society and many more.

Since their original fundraising venture, the team involved - which has included almost every corner of the community at one stage or another - have helped many different charities through an array of different ventures, including a soap box derby, a slow cycle, quizzes, raffles and many more.

Fast forward twenty years and the team have just completed yet another fundraising venture, this time in aid of palliative care. The team recently hosted a raffle in memory of Karen Curran, Lou Tormey and Betty Rogers, which was held in the Castle Inn in Newtownforbes on Sunday, October 27.

With an array of excellent prizes as part of the raffle and a great night of entertainment with music from Gerry Keenan, there was great fun all round.

Winners of the raffle are as follows:-

The Friends of Newtownforbes team also held a fundraiser quiz on Saturday, October 12, in Casey’s Newtownforbes and they have now revealed that their efforts have resulted in them raising in excess of €11,000.

They presented the culmination of their fundraising effort to Dan Rooney from Longford Palliative care, €11,507, on Saturday, November 9, at McGowans in Newtownforbes.

Delighted with how this year’s efforts have gone, the Friends of Newtownforbes committee wished to thank the long list sponsors who helped out in the run up to this year’s event.