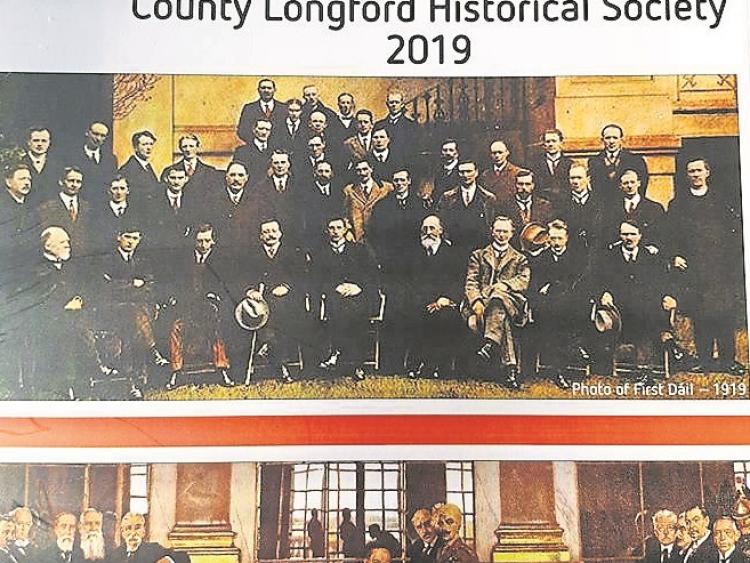 One of the well-established events on the autumn calendar in Longford is the launch of Teathbha, the Journal of County Longford Historical Society. This year’s edition was launched in Longford Library on Tuesday, 5 November, at 7.30 pm.

The launch was performed by Eamonn Brennan, the Irish and Cultural Officer with Longford GAA. The 2019 Teathbha is the tenth to be edited by James MacNerney and readers are in for a treat. Given the important centenaries that are being commemorated in these years, some of the contributions deal with the Irish Revolution.

Dr Mel Farrell writes on the First Dáil, 1919-21; Tommy Murray relates the story of his grandmother, Bridget Farrell, who was a member of Cumann na mBan; and Sr Elizabeth McNamee recounts some reminiscences of Sr Cecilia, a former teacher in Longford, who witnessed the War of Independence in her youth. James MacNerney reviews the important history of Drumlish/Ballinamuck parish.

Also read: Crowds line out for turning on of Ballymahon Christmas lights

Roger Timlin pens a piece on his relative Fr Raymund Dowdall, who helped some of Rome’s Jews to escape the Nazis during the Second World War. Other regular writers are there too. Dr Fergus O’Ferrall reviews books on Oliver Goldsmith and his home area; Dr Conor Ward explains the significance of the O’Farrell-Reynolds fiddle manuscripts; Dr J.J. McNamee recalls the tragic life of Corglass native Bernard Clarke; and Liam Ó Carthaigh remembers Ballinalee as it was in the 1930s.

There are other articles also, as well as the usual round-up of society activities. Once again, the journal has been meticulously edited by James MacNerney, designed by Keith Millar and printed by Turners’ Printing. Copies are €12 each, a steal as a Christmas present. The journal is available in the usual shops; we thank them for their important role in the sale of Teathbha and wish all our supporters all the blessings of Christmas.