History book with Longford links to be published this month 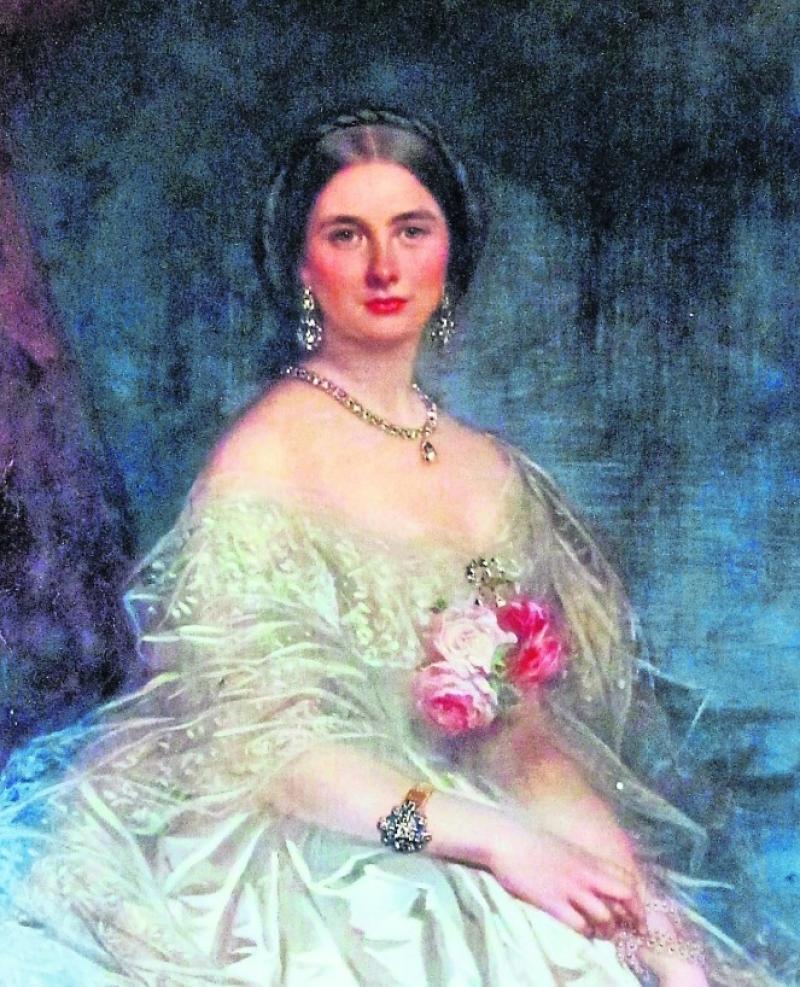 Jane Colclough Grogan Morgan, Countess of Granard who features in the new book

A new local history book about a Wexford castle has an interesting Longford link. The Heraldry of Johnstown Castle, published this month, explores the coats of arms used by the owners of the neo-Gothic pile near Wexford town.

The book's Longford connection is to George Forbes, 7th Earl of Granard, of Newtownforbes. He married Jane Colclough Grogan Morgan, the wealthy owner of Johnstown Castle, in 1858.The 7th Earl of Granard and his Wexford countess were Catholics, and Massgoers in Newtownforbes will know her from the large mosaic over St Mary's Church's main altar, which asks for prayers for Jane and mentions that she died at Johnstown Castle in Wexford in 1872.

The book discusses the coat of arms at the Forbes mausoleum at St Mary's, where the earl and countess are buried. Over the tomb's entrance is a coat of arms for the 7th Earl, and in its centre is a small griffin – a long-forgotten reference to his Wexford wife.

During the Longford earl's short marriage to the Wexford heiress, he split his time between Castle Forbes and the South East. He left a lasting imprint on Johnstown Castle – the book reproduces images of his coat of arms in stone and marble that are still visible at the castle today.

The Forbes coat of arms – three bears' heads – are seen again in their daughter Adelaide's coat of arms, the book explains. She inherited Johnstown Castle after her mother's death, while Castle Forbes and the title of Earl of Granard were inherited by George Forbes's son by his second wife.

The book, by Peter Henry, also contains images of the Forbes coat of arms from heraldic manuscripts in the National Library of Ireland, as well as a photograph of the countess's shield from her coffin in the Newtownforbes mausoleum. A never-before-published portrait of Jane, Countess of Granard, is also reproduced.

The book's author, Peter Henry, is a former sub-editor at the Wexford People and currently the editor of the Sligo Weekender.

This book a worthy addition to the bookshelves of local history enthusiasts in the Clonguish parish area. It will be launched at the new visitor centre at Johnstown Castle in Wexford on Saturday, November 23, at 3pm. It will also be available on eBay from that day, as well as directly from the author. He can be contacted at pehenry@tcd.ie.

Also read: Thousands expected for switching on of lights in Longford on Friday