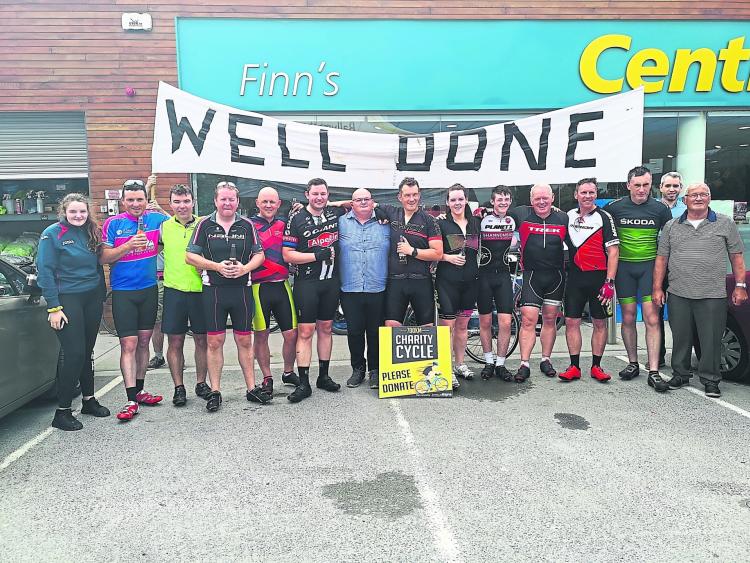 A group of cyclists, mainly from the Ballymahon area, cycled 700km over 4 days to raise funds for two charities that deal with people who suffer from mental health issues, Good2Talk in Mullingar and Pieta House in Athlone.

The cycle was physically and mentally challenging but each person supported one another to get through it. The target is to hit the €10,000 mark and donations are still coming in.

A Pop Up shop will be operating in a unit in Ballymahon beside Applegreen on the Edgeworthstown Road. Loads of clothing, shoes, handbags and jewellerry and other items for sale. Donations can also be dropped to the shop from this Wednesday. All funds raised from the shop will be added to the money raised so far.

Also a BBQ/presentation night is being organised to celebrate the cyclists completing the 700km cycle for mental health at Mac's Shack, Kenagh on Saturday, August 10 commencing at 7pm. Tickets on sale now from Pauric Connolly Cars, Finn's Centra, Ballymahon. Adults €10, children €5 and again all proceeds from the BBQ will be added to the money raised so far. Representives from both charities will be on hand to receive cheques for their charities.

Pauric and Mark would like to thank everyone who has helped in anyway to make this fundraiser a huge success for the charities. Final figure will be announced at the BBQ. Follow the Facebook page for updates.