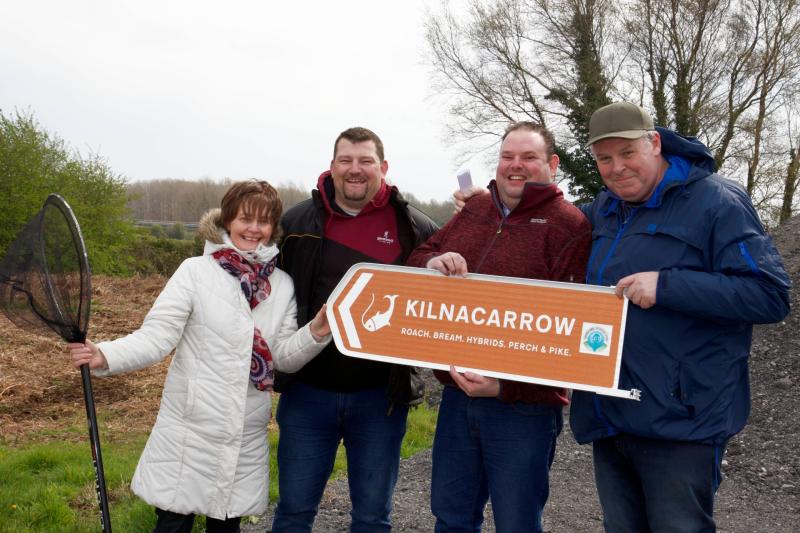 Held at Kilnacarrow Bord na Móna Bridge near Lanesboro/Ballyleague, the site of the newly developed €100,000 fishery access, there was great excitement about this year’s competitions.

This year’s competition promises to be bigger and better than ever, with a prize fund of €10,000 on offer. The event, which is organised by Camlin and District Anglers for the Lough Ree Angling hub, kicks off on Saturday, September 14, finishing up on Sunday, September 15.

Andy Burnett Chairman of the Lough Ree /Lanesboro Angling hub said, “There 73 boats last year, which is around 135-140 anglers.

“We get a lot of sponsorship on board from Fáilte Ireland, Bord na Móna, Longford County council, Roscommon county council and several other organisations that support the event.”

Andy says the event is unrivalled due to the variety offered by Lough Ree.

“Lough Ree is such a vast and varied water. It offers everything from fishing in real shallow water to fishing deep drop offs and ledges with dead baits and deep-diving lures. It just offers you a real broad spectrum across the predator scale.
“At the end of the day, if you are not in it, you cannot win it. It has been the case in the past that somebody without a vast amount of experience catches as big as fish as anybody else and takes the prize money.”

All boats will be provided with measuring boards and all competitors must have a digital camera to take a photo of the pike on the measuring board. This picture then goes to the adjudicator at the end of each day to tally the scores.

For further information contact Camlin and District anglers on 086-1991106. Applications at loughree.ie with a price of €140 per boat.