Longford Parkinson’s Association go all out to improve awareness 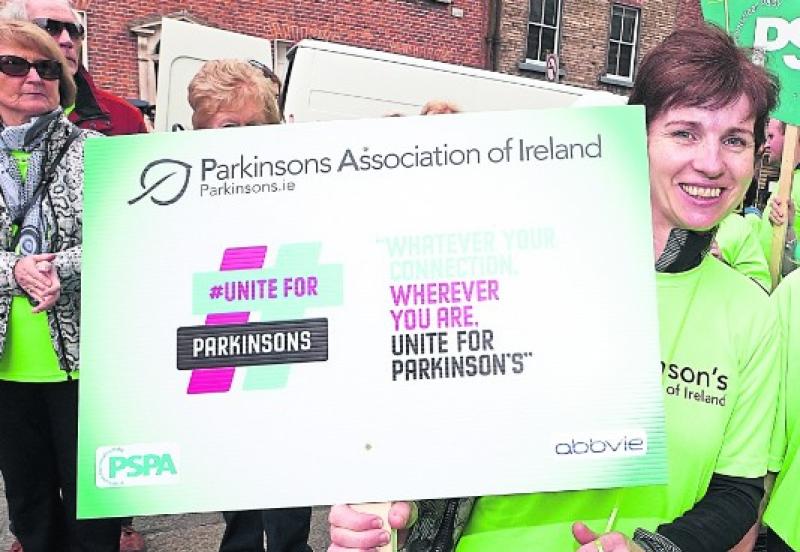 Coinciding with Parkinson’s awareness week, which runs from April 8-14, the Longford Parkinson’s Association have announced their plans to help increase awareness of the illness.

The group, which was first established in early 2017 as an outlet for those who are suffering with Parkinson's, will set up two information points in Longford town, offering an insight into the illness, as well as advice to those suffering from the disease or those who have loved ones who suffer from Parkinson's.

People are urged to make an appearance on the day and avail of the bountifuls of information in supply. The Longford Parkinson’s Association has been in operation for two years this year and now boast just over thirty members.

The group meets every second Tuesday evening of every month at the Longford Family centre and the next meeting is scheduled for Tuesday May 11 at 7pm. Anyone interested in joining the group is advised to contact Al on 087-7640409.

Also read; Longford to sleep out for Simon

Parkinson’s is currently the second most prevalent neurodegenerative condition after Alzheimer’s and has no cure. The symptoms range from loss of smell, loss of power down one side and poor balance to tremor and problems with swallowing and speech.

To talk to someone from a Parkinson’s Association branch in your area: email: events@parkinsons.ie Or phone: Mary Butler 087 2434990. For more information on Parkinson’s disease visit www.parkinsons.ie.

A National Parkinson’s Association protest has also been organised to coinicide with Parkinson's Awareness week and will take place outside Leinster House Thursday, April 11, which is World Parkinson’s Day.

Another issue is the lack of access to life-changing deep brain stimulation surgery for Irish patients, with people now having to travel to England to avail of it.

The protest is scheduled to take place from 12pm to 1pm on the day, with everyone urged to attend and show their support.