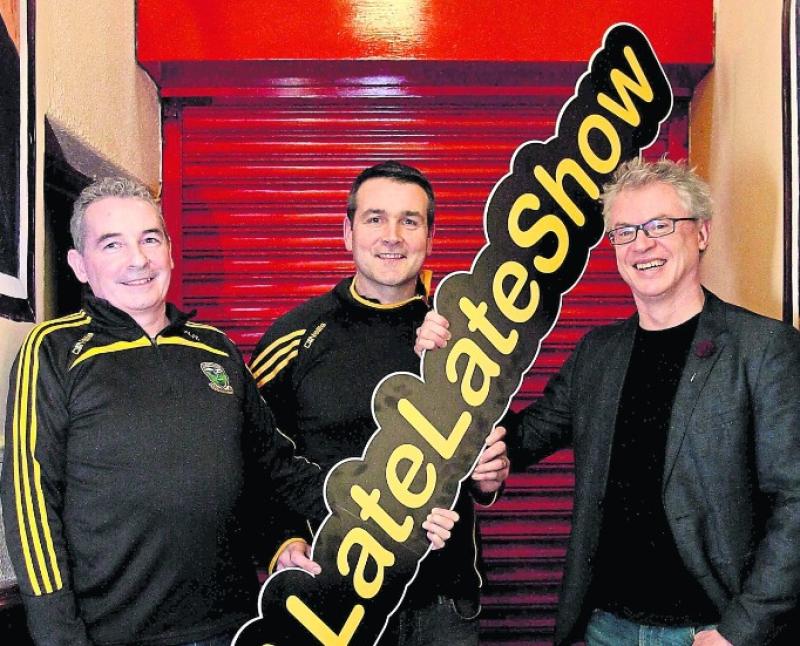 Forget the Late Late show on RTE on Friday March 22 as Bornacoola GAA prepares to bring its very own Late Late Show to Lough Rynn Castle with some very special guests.

MC on the night will be well-known Leitrim personality, Tommy Moran, from Ballinamore. There will be some musical interludes from some of Bornacoola's most well-known musical talents, Colm Mulligan and Tom Moran, to name but a few.

The show itself will be based on the Late Late Show format and will start at 8pm sharp on Friday, March 22. There will be a cheese and wine reception on arrival. Tickets are priced at €20 and can be purchased in Hunt's shop and the Copper Still, Dromod; Lough Rynn Estate; or through Paypal using the email gaabornacoola@gmail.com (for collection at the door on the night of the event). You can also purchase your ticket at the door on the night.

A free commemorative booklet will also be available to all on the night. Anyone who would like to post an advertisement in the booklet, or for any queries surrounding the event, contact Pat Farrell, Chairman of Bornacoola GAA Club on 0879785342.
Proceeds for the event will go towards Bornacoola GAA Club.