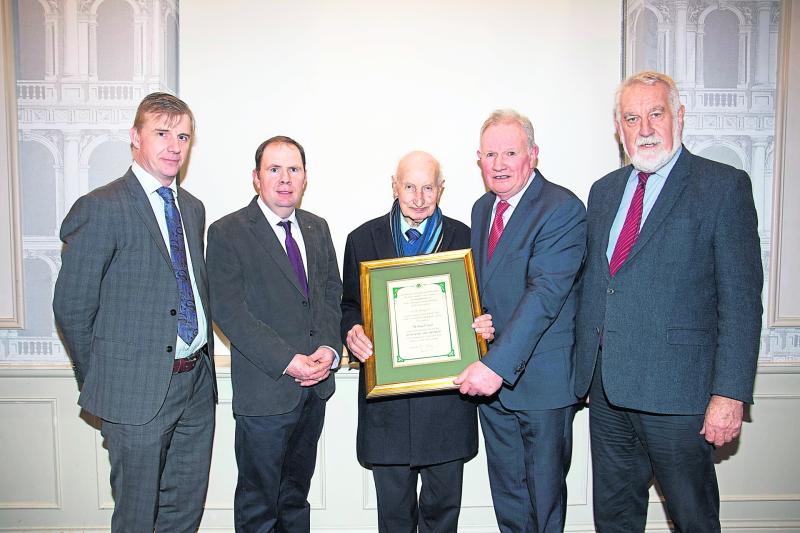 There were over 60 people in attendance at the meeting, which kicked off at 8pm on the night. The main focal point of discussions was Brexit and CAP reform, which were described as the two “main issues affecting farmers” in recent times.

Adrian explained that the other primary issues raised were beef price fluctuations and decreased live exports. Many attendees also spoke of recent difficulties in getting young bulls slaughtered for beef, with factories now only taking in a certain number of stock and turning big numbers away.

There was also concern amongst farmers and IFA members that enough is not being done to secure new markets for Irish beef, especially in light of Turkey’s recent import ban.

Some long-serving Longford IFA members were also recognised last Tuesday for their achievements and dedication to the organisation during their time with the Longford IFA. Many  members were given Honorary life membership awards on the night for their collective efforts.