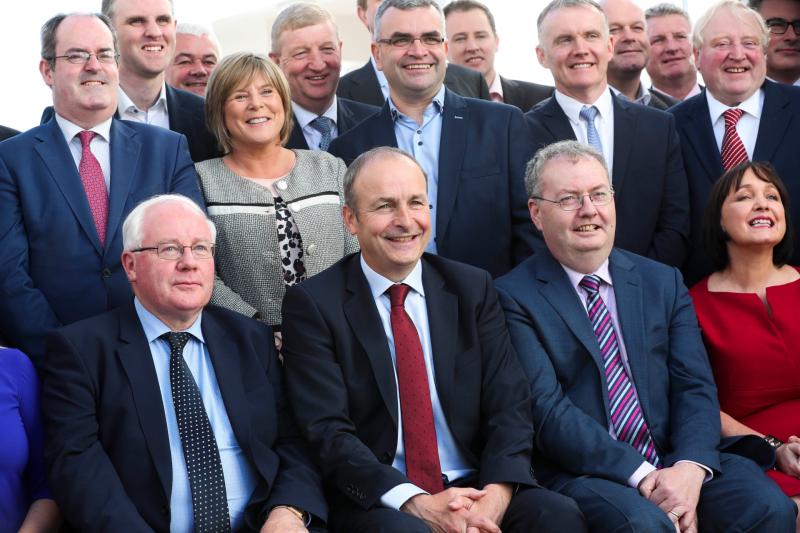 Former cabinet Minister, Brendan Smith TD, has commenced his bid to secure the Fianna Fáil nomination to be its European Parliament candidate in the four seat Midlands North West constituency.

Cavan/Monaghan TD Brendan Smith is meeting units of the Fianna Fáil organisation bringing his message of how “…the Midlands North West region needs to send a strong, experienced and knowledgeable representative to the European Parliament:  one who is focused on getting the region’s many concerns heard and addressed, rather than petty, pointless, play-acting."

Speaking at recent Fianna Fáil meetings, Deputy Smith has said that we need to focus on both getting through Brexit and planning for our post-Brexit Future, saying: “Brexit is going to hit the North-West and Border region hardest of all. We need to work now on setting a new agenda for this region’s future place in Europe. For the first time we will be the outer border of the EU.

“As an MEP I will reach out to former colleagues from my time on the Council of Ministers and as Foreign Committee Chair to build new alliances across the European Parliament, especially with MEPs from other smaller member states. I will deploy those alliances across party and across country to push the priorities for our rural communities and our agri-food sector in the many parliamentary committees, where so much of the real work is done.”

“Part of the reason I decided to seek the nomination was the many contacts I had from people from the other side of the Border. They told me about their deep concerns at having no European Union representation after Brexit and impressed upon me how critically important it is for them to have MEPs from this side of the border who have a deep interest in and full understanding of Northern Ireland.”

“Ireland has too often over the past decade been a bystander in Europe and this has cost rural Ireland dearly.  We need to show our partners that Ireland is a full participant in the task of securing the Union’s future, but we are a participant and partner with strategic and regional interests that we will firmly defend.”