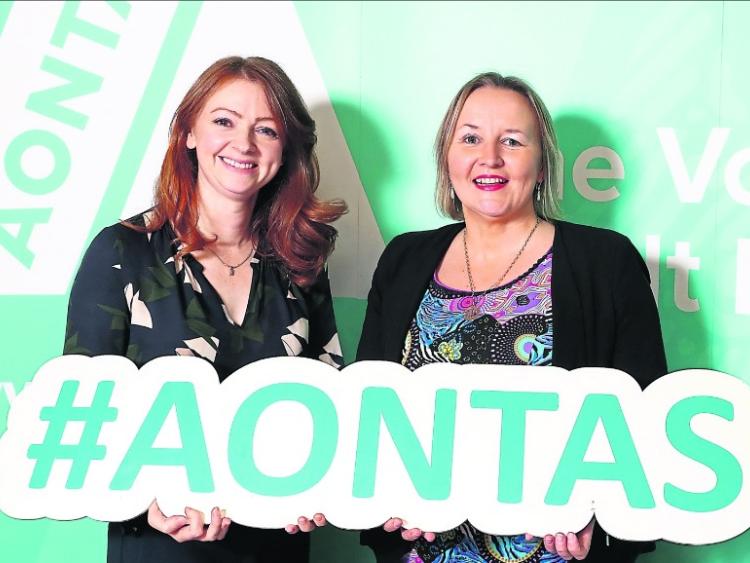 Pictured in Dublin at the General Meeting of AONTAS, the National Adult Learning Organisation are Niamh O’Reilly, CEO and Tara Farrell, newly elected President of AONTAS.

The Deputy CEO of Longford Women’s Link (LWL), Tara Farrell, has been elected as President of AONTAS, the National Adult Learning Organisation.

Ms Farrell was elected to her new role at the general meeting of AONTAS which took place last Wednesday in Dublin.

She will bring a wealth of experience to the position. In addition to her work with LWL, Ms Farrell has worked in adult and community education for 20 years.

Ms Waters said, “After six years, I am delighted to hand over the reins to Tara Farrell. Tara’s proven expertise and her commitment to adult learning will be an enormous asset to AONTAS in the coming years.”

The key findings and results of the Adult Education Survey 2017 were also outlined to delegates at the general meeting.

Just 4% of those with third level qualifications cited health and age as a barrier.

The ability to get to a training location was six times more likely to be an issue for people in border regions, than for people living in Dublin.

People who have not completed the Leaving Certificate are seven times less likely to participate in formal education than those you have a third level qualification.