Longford Women's Link tapping into the expertise of campaigners

'Voices and Views from the Campaign Trail' seminar 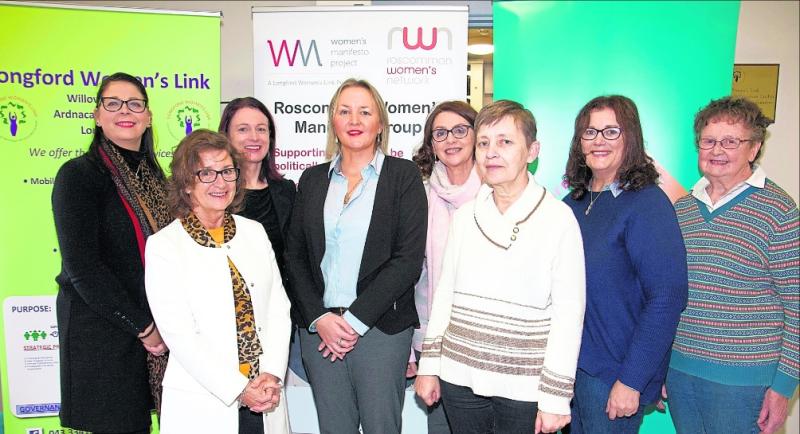 Women from across the region attended a very successful seminar in Longford Women’s Link recently which tapped into the expertise of political campaigners.

'Voices and Views from the Campaign Trail' featured reflections and lessons learned from political campaigns.

On the day, keynote speakers USI President and Colehill woman Síona Cahill and Ciairín de Buis, CEO of Women for Election, delivered two barnstorming speeches which looked honestly at the reality of campaigning, the practicalities of sustaining a campaign and how to change the culture from within.

Síona Cahill, a veteran of two referendums and numerous student campaigns, spoke about the importance of believing in oneself and facing down the imposter syndrome that plagues many a campaigner and candidate. She shared considerable insight garnered from many years campaigning and urged participants not to be afraid to speak up or being tagged a “difficult woman”.

Ciairín de Buis, of Women for Election, spoke of how the progress in getting women elected to public office has been “achingly slow”, adding that there is much work to be done until women taking part in politics is unremarkable.

In the afternoon, a training workshop on campaign and communication strategies delivered by Women for Election provided some useful information for aspiring politicians, campaign managers and team members.

“All of the delegates commented on the positivity of the event and the energy from the two keynote speakers especially Longford woman Síona Cahill, showing that the expertise is here in the community,” she added.

Longford Women’s Manifesto plan to hold further events of this kind in the run-up to the local elections in May 2019.