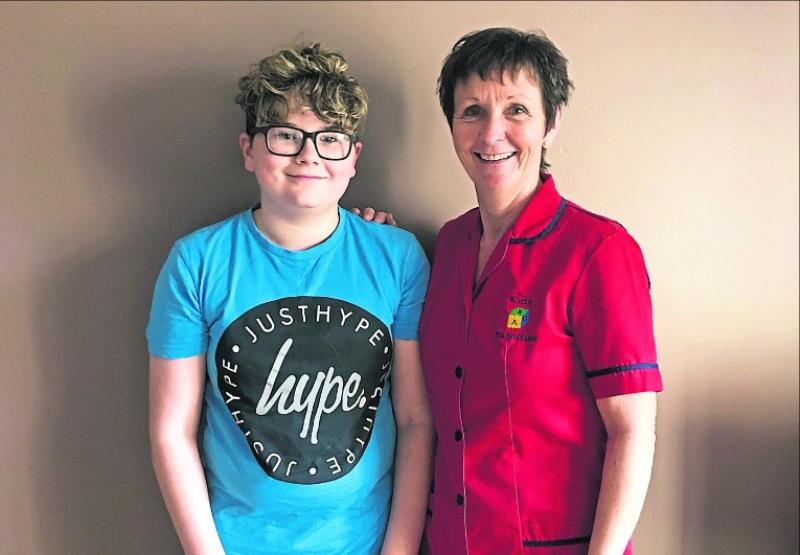 Aside from the magic of the Christmas season, there are few things that really spark the imagination of children quite like Disneyland.

And for Callum Duggan and his family, a trip to Disney World in Orlando is on the cards, thanks to Kids Paradise Dream Come True and one sixth class pupil of Stonepark National School, Shannon McDermott.

Kids Paradise Dream Come True is a not-for-profit organisation in Stonepark that sends children in unfortunate circumstances to Orlando, Florida, for two weeks every year.

Callum, who is in sixth class, has just gone into remission from stage four cancer and, thanks to his classmate's nomination, is thrilled to be the lucky child who will take the trip with his family.

In a letter to Elizabeth Yorke, who runs the organisation, Shannon gave a number of reasons why Callum should be chosen to go to Orlando.

“Callum was sick with cancer for fourth class and most of fifth class,” Shannon wrote.

“I think he was very strong when he was going through all of his treatment, because I wouldn't be able to handle it all, especially when he had to go through isolation.

“When Callum came back to school, people asked him a lot of questions, but he just answered them like they were asking normal questions, which must have been very hard for him. He never gave out or complained,” she continued.

“Now, in sixth class, if anyone is joking about cancer, Callum will always speak up and tell them to stop because it is not funny and they shouldn't be joking about something like that.

“So I think Callum really deserves to go to Orlando because of these reasons and because it is a really, really fun place to go,” she concluded.

Videos on the organisation's Facebook page show how thrilled Shannon was to learn that her friend had been chosen to go to Orlando this year.