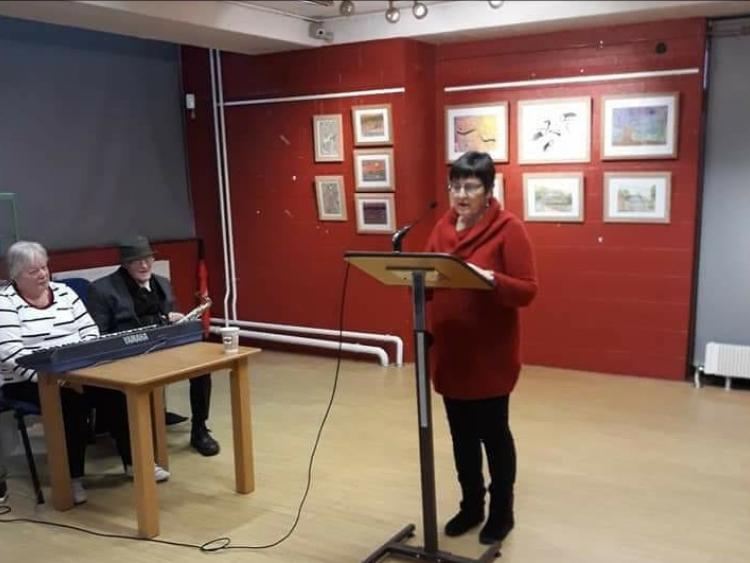 Eileen Moynihan of Longford Writers Group reads one of her poems during a recent event to mark World Poetry Day. Photo: Sally Martin

On December 3 at 7pm in Longford Library, there will be a launch of a Collaborative Novella called 'Let him Lie' written by 10 members of Longford Writers Group.

Members wrote a chapter each to contribute to the novella as a whole.

The joint project was very kindly funded by Creative Ireland and the fruits of the writers' labour will be revealed at the launch on December 3.

The book tells the story of Emmett Maguire, who has died unexpectedly at the age of 64 in his hometown of Lusmór, a small country town in the Irish Midlands.

His death has touched many who passed through his life.

Emmett was an ordinary man with an ordinary life, and yet, through the thoughts of the mourners at his funeral, we explore the idea that no person is ever truly known and that a different version of every person is experienced by those around them.