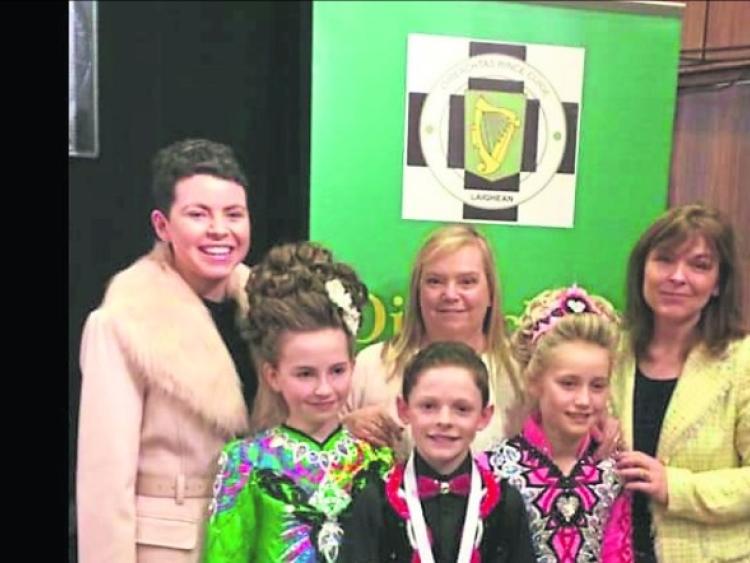 Three members of the Doolan-Cullen School of Irish Dancing - Aoife Gray, Joseph Farrell and Ciara Kane - qualified to compete at the World Irish Dancing Championships which will be held in April 2019 at Greensboro, North Carolina, USA.

Aoife’s qualification success was particularly poignant, as one of her teachers is her sister, Clodagh, a brave young woman, who celebrated her 21st birthday earlier this year and is in recovery from Stage 4 Lymphoma.
Defiant Clodagh, in the words of her mum Pauline, ‘has ditched the wig and is back where she loves, Irish dancing’.

Clodagh, who spoke about her personal battle in an interview with the Longford Leader, was ‘over the moon’ when Aoife qualified for the World Championships.

The An Coimisiun Irish Dancing Leinster Championships took place on the weekend of November 17/18 at the Pillo Hotel, Ashbourne.

Doolan-Cullen School of Irish Dancing, based in Longford town, had three dancers bidding for a World Championship qualification place and all three succeeded.

The weekend also featured the presentation of the Lisa Cullen Memorial Cup. The late Lisa was Aoife and Clodagh Gray’s first cousin and teacher but she tragically lost her life in a car accident just over four years ago.

Pauline explained, “Lisa’s legacy lives on through Clodagh and Aoife. I had the honour of presenting the cup that commemorates Lisa. It was a very emotional but inspiring weekend for us all.”

Pauline added, “Clodagh was so proud of her little sister, Aoife, as was Lisa's mother Roseanne and teacher Annette.”