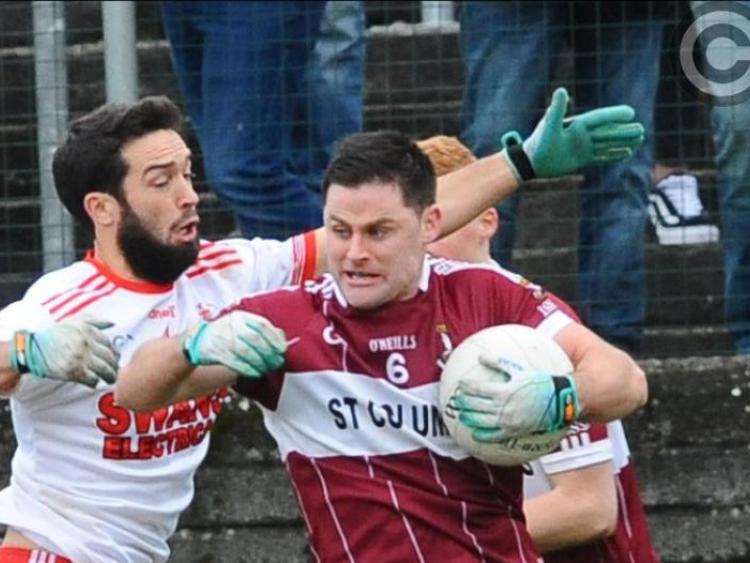 Éire Óg will arrive in Glennon Brothers Pearse Park on Sunday next, prepared for a game of intensity.

Mullinalaghta too, will focus on the opening as being vital.
A telling period in any game.

Éire Óg will be wary but very determined this time.In their last game against Newtown Blues of Louth, they scored two goals in a short space of time, one by full forward Murtough Ware, and another by their attacking corner back Brendan Kavanagh.

Mullinalaghta beat Éire Óg last year, but another year, is another challenge and nobody can call the result of this test.

For both teams it is a serious game.

Mullinalaghta are the one club in Longford right now who have the most balanced team to come from the county in a long time.

Although they have stars within their ranks, you’d never know it by watching them play.

Every player is equal in the Mullinalaghta ethos.
No exceptions.

That’s a difficult thing to bring about and with some well known clubs in the county it simply wouldn’t happen.

It’s long been a Longford problem with selfish players feeling it necessary to look after their own result before thinking of anyone else. No way to win a Leinster Club Championship.

For Mullinalaghta it comes naturally to feel like that. They have a healthy attitude to success, and never waver from the goal.

For them, it is a definite advantage not to be focusing on any one player or two or three.

Éire Óg are no pushover and have many stalwarts in their ranks.

Full forward Murtough Ware takes some watching, as does their corner forward Daragh O’Brien who will score any frees given away close to goal. Against Newtown Blues he kicked 0-3 from frees.

Further out the field wing forward Simon Rea is well capable of turning a foul into a score. He picked up 0-2, again from frees in the last game.

Both teams have experience in Leinster, so neither will be fazed by the level of competition.

Both Éire Óg and Mullinalaghta can be proud of the success they’ve brought to their respective counties.