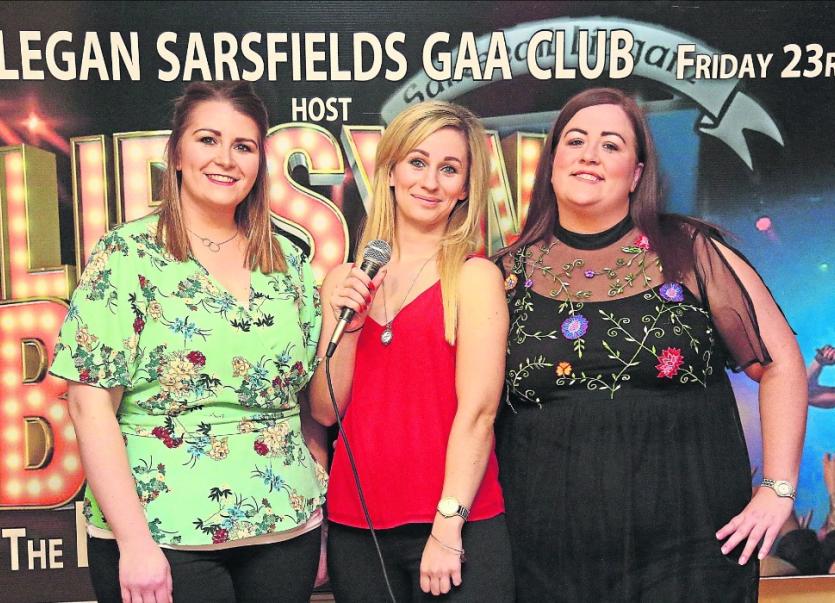 Over 40 people and 14 different groups from the area will go head to head in the battle to be crowned Lip Sync champions of Longford.

“This event is to raise funds for a community floodlit walkway around the newly developed playing pitches at Legan Sarsfields grounds and this is a worthy project that will benefit all the surrounding area,” said Legan Sarsfields club chairman Paul Ross.

“The event takes place for one night only on Friday November 23 in the Longford Arms with tickets selling fast for what is going to be a great night’s entertainment.”

Meanwhile, the night itself will be hosted by top MC Jimmy Connell and the show is being choreographed by the vastly experienced Majella Doherty who has been working with the contestants for the past eight weeks in an effort to make this a memorable show.

“This is a very exciting event for the club and comes on the back of the great success of our Strictly Come Dancing fundraiser two years ago,” Mr Ross continued.

“We are very thankful to the large number of people who have come together to perform in this show and it is terrific to see the transformation of our acts over the course of the training.

“We have a terrific team behind the scenes putting our groups through their performances and you will be very surprised by some of the quality and variety of the acts on show on the night.

“This show though is a fundraiser and all the money raised is to pay for a new walkway around our grounds; this shall be a great addition to our area and we appreciate all the work that the groups are doing to raise money.”

Tickets are on sale now from any participant or committee member.
People are being advised to get tickets as soon as possible as there are a limited number available for this one night only event which is sure to sell out!