Showcase of young talent at BYT 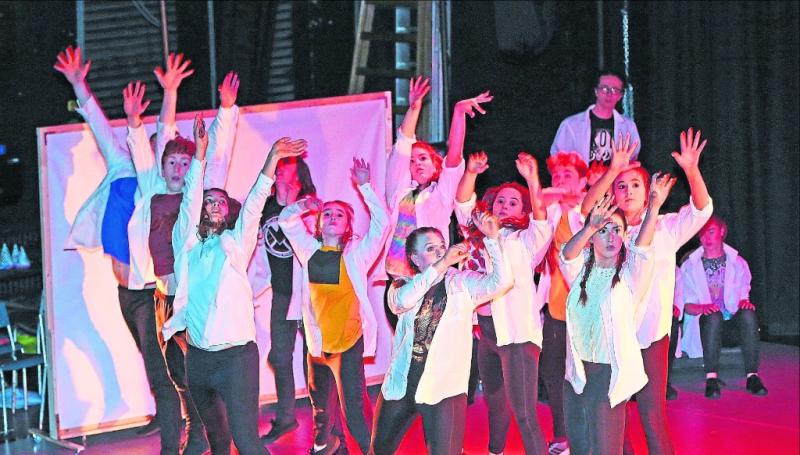 The Backstage Youth Theatre crew on stage for their latest production, 'Beetroot', which they performed in September. Photo: Shelley Corcoran

The theatre group has been going since the theatre opened in 1995.

The first play was directed by Gus Hanley, Shane Crossan and Seamus O'Rourke.

Paul started in Backstage when he was asked by Gus Hanley and has been with the group since then.
When the youth theatre group started, they staged short one act plays, then they added musical interludes to showcase the talent that their young members had.

The senior group started doing the pantomimes, which youth members integrated into and, after about six years, the youth group completely took over the pantomimes.

These pantomimes are now a highlight of the BYT calender and nearly all members will be involved both on and off the stage.
The pantomimes created an interest for the teens in the area, which is why BYT now has over sixty full time members and nearly fifteen social members.

This group consists of a mix of ages, backgrounds and interests and, like all good communities, they come together to achieve a common goal, which has created their own family. A safe space for all of these teens to express themselves and grow.

Paul’s main aim for BYT is to continue the professional productions that are done every year, which give the members an insight into professional theatre and to make it more secure as it is currently all voluntary.

Paul’s idea of community is “people working together”.

Paul explained that there is a big difference between his community in Longford from when he grew up to now as “you would know nearly everybody in the the area” whereas now it is hard to know everybody in the area as it has expanded and grown so much since then.

From his work in BYT, he has learned how supportive the Longford community is and how much they are willing to give for their local groups.

If Paul could make any change to his community it would be that teens' voices and opinions are heard as “they are the future” and “they should be involved in more aspects of society”.