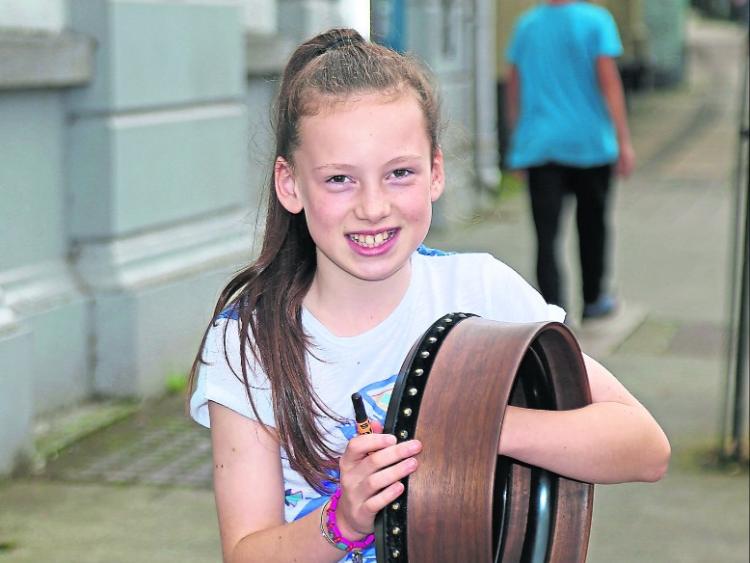 ate Fagan, the All Ireland U12 Champion in Bodhran, at the Granard Harp Festival in September. Photo: Shelley Corcoran.

The Granard Harp Festival is a major event in the local community of Granard.

It was set up and funded in 1781 by an Irish merchant, John Dungan, a native of Granard, then residing in Copenhagen who had heard of similar events being organised in Scotland.

The Festival ran the following year and then again in 1785. Many who won prizes at the festival went on to perform at the Belfast Harp Festival in July 1792; these included Charles Fanning, Arthur O’Neil and Rose Mooney.

In 1981, after many years of a break, a revival was led by the local priest Cannon Gilfillan and the Trustees of the Granard Harp Festival to celebrate the 200th anniversary.

It ran for a further 30 years and then was disbanded until 2018.

Along with the Harp Festival, a Harp school was established to promote the playing of the harp and traditional harp music in Granard.

The festival brings the community together with a wide range of traditional and classical Irish music. Many harpists from across the country and the world come and perform their songs and entertain the spectators.

The Festival was a major success and was enjoyed by many people of all ages. The Longford Leader spoke to Mairead Farrell, one of the organisers of the Festival.

She stated that ‘’it was a fantastic success’’.
There was a great feeling around Granard with many events taking places all over the town.
There were many youngsters busking for the opportunity to win prizes.

Also, there was a guided tour of the town led by Jimmy Donoghue, a local historian and a lecture to enlighten the people about John Dungan, the founder of the Festival.

The festival was finished off with a concert and some vintage games for children. The Longford Leader looks forward to what the Harp Festival has to offer next summer.