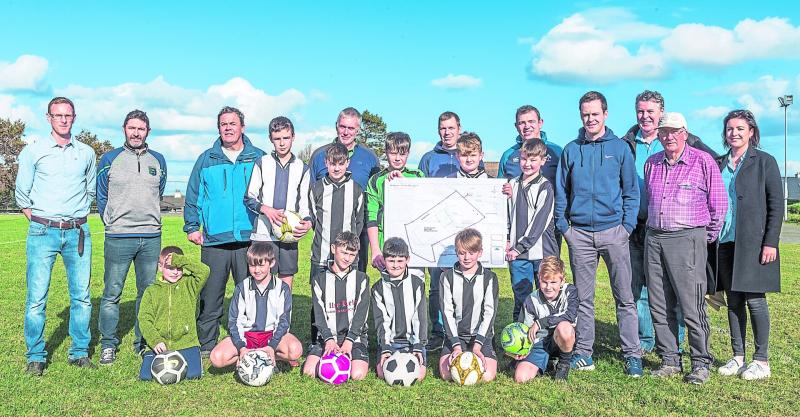 Plans are underway to develop an astro turf soccer pitch in Lanesboro which organisers hope will be utilised by local children from the town and surrounding areas.

The pitch is badly needed owing to the existing field, at Lanesboro Community College (LCC), which has served the school and the community well over the decades, now suffers from heavy flooding in winter.

It's estimated the project will cost up to €200,000 and is being undertaken by a voluntary committee set up by Ballyboro soccer club and the Longford Westmeath Education and Training Board who own the land at LCC.

The first target for the new committee is to raise enough funds so that it can apply to the Department of Tourism & Sport for a Sports Capital Grant at the end of this month.

In order to do this, the committee needs a minimum of five per cent of the project cost in the bank to submit its application.
In advance of raising the required €10,000 the committee has set up a Go Fund Me page on the internet and has already raised over €6,000 - thanks to great help from Joe O'Brien and the committee.

A special appeal has gone out to past pupils of the school and former residents of the community to try and push that figure closer to the required final amount.

A table quiz will be held at Rosies Bar (Sorohans) in Ballyleague on Friday night October 26 next at 9.30pm. Tables of four will cost €40.

Read Also:  Hot water stretch issues in Lanesboro to be raised in Dáil