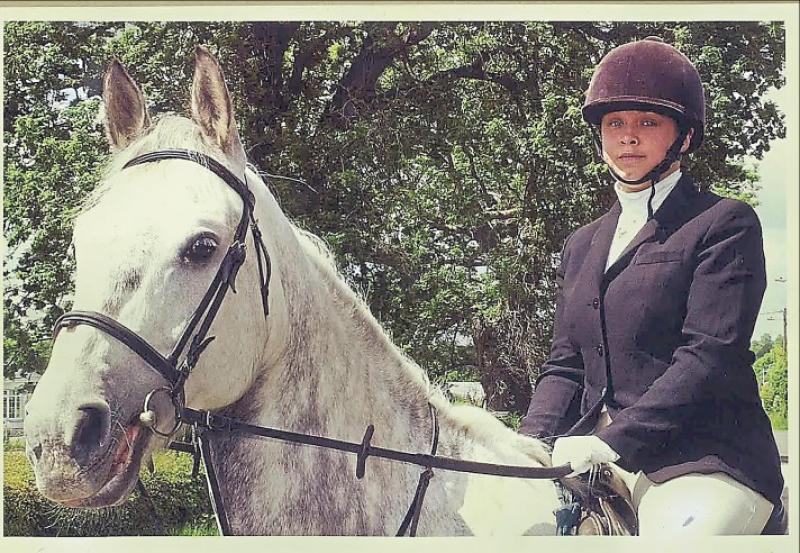 Hazel McVeigh with 'Ballinalee Rebel' in at the pony show in 2000.

All roads lead to the Ballinalee Connemara Pony Show this Sunday, June 10 starting at 10am.

In addition to in-hand and performance classes from top Connemaras from all four provinces, there will be the parade through the village at 1.30pm which all local businesses and organisations can enter a float in.

Down on the field, come and enjoy the flavours of the local food producers and kids entertainment area. Entry €5 per adult and kids go free.

The above photograph, from the Longford Leader in the Millennium Year, 2000 in Ballinalee Village, was submitted to us by Hazel McVeigh from Kilnacarrow, Ballinalee, and it was taken just before the renowned Connemara Pony Show parade was about to kick off.

Every year, with her Irish Draught Show Horse, Hazel used to lead out the parade through the village and out to the Show Field.

The name of the horse was 'Ballinalee Rebel' a Registered Irish Draught Gelding by the infamous Sire, Glenagyle Rebel. He was shown all over the country and had numerous wins. He was purchased by Hazel's father James, from the Castle in Newtownforbes as a yearling and remained on with us until his untimely death last year.

He was a much loved animal and had a great presence.

He was definitely one of a kind.