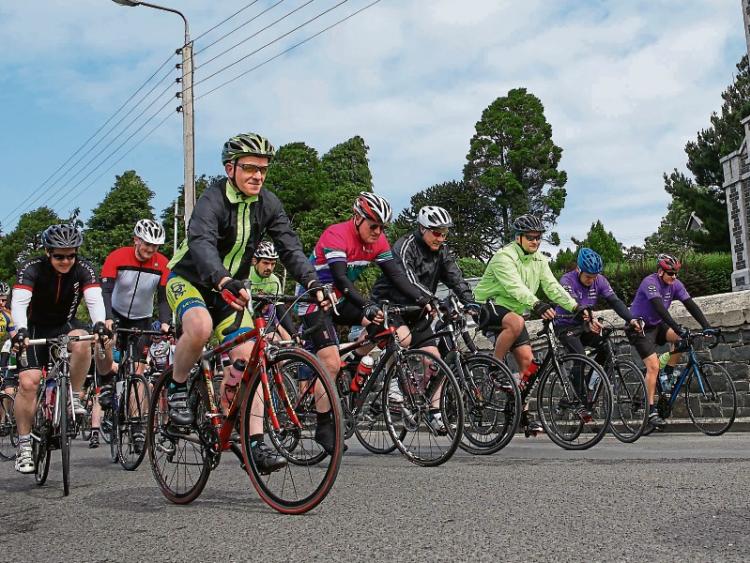 The efforts of cycling enthusiasts from near and far have helped raise €26,000 for St Christopher’s over the past three years and Richard Pym, one of the organisers of the annual 3 Province Cycle, is looking forward to adding to that figure.

Sponsored by Ganly's, the fourth annual 3 Province Cycle sets off from Drumlish Community Centre on Sunday, May 27, and Richard is looking forward to another successful event.

“We are expecting over 100 participants. We are grateful to Longford Cycling Club for their support and many of their members will be taking part, in addition to cyclists from other clubs in the regions.

There is always a great atmosphere and the event is for a very good cause,” explained Richard

There are two routes - a 40km and a 75km option. Registration at Drumlish Community Centre starts at 9am, with the 75km cycle getting underway at 10am, followed by the 40km at 10.30am. Entry fee is €20 or with a sponsorship card.

The two routes for the 3 Province Cycle take in the towns and villages of Moyne, Arva, Carrigallen, Cloone, Mohill, Dromod and Rooskey, before finishing back in Drumlish.

There will be refreshments, sponsored by Dial A Chef and Beirne's Bar, Mohill at the halfway mark and after the race.

Richard, along with Philip Mullins, are the main organisers of the event and St Christopher’s is a cause which they hold dear to their hearts and they are grateful to everyone that has helped them raise €26,000 over the past three years.

Richard says they have their ‘fingers crossed for some fine weather on Sunday’ and he explained that the cycle is the group’s main fundraiser event, and over the course of the year they also hold fundraisers in the local pubs - Reillys, Cassidys and Quinns.